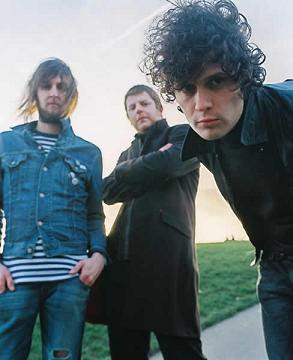 Glasgow’s Fratellis (Jon, Barry, and Mince Fratelli) made quite a bit of noise for themselves in the UK in 2006. How much noise you ask? Well, as of today, they have over 56,000 friends on myspace, or roughly 280 times more friends than yours truly.

Musically, The Fratellis draw their inspiration from all over Britain’s rock and roll legacy. You might hear some punk, or pop, or stright up rock, glam, or even second wave ska, and though they may pick from the better pieces of rock and roll’s history, they’re far from genre-hoppers. The Fratelli’s sound takes this varied background and twists it and spits it out into their own distinct brand of good times rock and roll. It’s been a long time since a band has come around that has made rock and roll music that’s so smart, undeniably fun, and infectiously catchy. And that, my friends is why The Fratelli’s are one to watch in 2007.

MP3: The Fratellis – Everybody Knows You Cried Last Night

The Flathead e.p. is available now at the iTunes store, and the physical release will come out on January 23rd. Their first state-side long player, Costello Music, will be out on March 13th.