Warning: "continue" targeting switch is equivalent to "break". Did you mean to use "continue 2"? in /nfs/c06/h01/mnt/88637/domains/blog.irockcleveland.com/html/wp-includes/pomo/plural-forms.php on line 210
 I Rock Cleveland I Rock Cleveland | “Bronson” by Calla 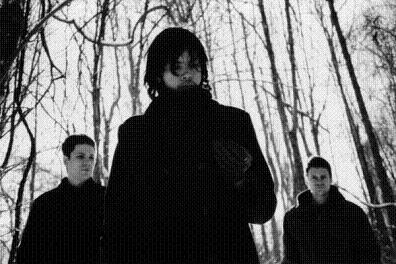 Right or wrong, I had always placed NYC’s Calla in the same group of dark new-new wave rockers as Stellastarr*, The Editors, and Interpol. Hey, “It Dawned On Me” was one of the finest pieces of mope rock produced this decade. However, after listening to “Bronson,” the first single from their upcoming Beggar’s Banquet release, Strength In Numbers, I’m ready to reconsider their place. While “Bronson” still isn’t something I’d kick on the stereo when I’m downing beers with the boys, it’s far from your standard NYC mope rock fare. The atmospherics are slightly muted in the back in the mix, the guitars display a bit of a Spanish flair, as the snare sitting squarely in front drives it along at a sweet clip. If you’re not hooked yet, check out that break down at the two minute mark where they descend to barely a whisper before charging right back at you with some added grit and vigor. Words like quality, solid, and really f*ckin good come to mind.

Strength In Numbers is due out February 20th on Beggar’s Banquet.