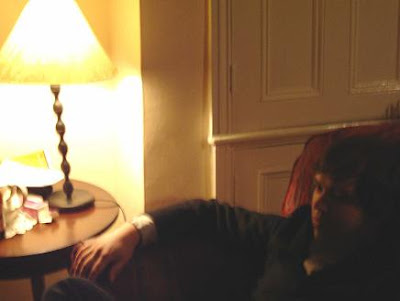 Now that it’s 2007, am I still allowed to use the word “Freak-Folk?” Seems like such a 2005 word to me. When considering “John Brown,” the latest cut from Papercuts (Jason Quever), it would be easy enough to say “Freak-Folk” drop a link to the tune and be tune with it. After all, it’s from his forthcoming release, Can’t Go Back, due out on March 6th on Gnomonsong, a label run by Devendra Banhart and Vetiver’s Andy Cabic. Yet, that old pigeonhole isn’t quite apt. Papercuts is more in line with the Paisley Underground scene of the 80’s (an even older pigeonhole) , as his sound is indebted as much to folk, as it is to early garage and psychedelic rock, and the country-tinged west-coast rock of The Byrds. There’s not much freakin’ goin’ on here. Just some old fashioned psychedelic rock of the highest order.

Papercuts will be taking it nation-wide when he hits the road with Grizzly Bear in Februrary and March.