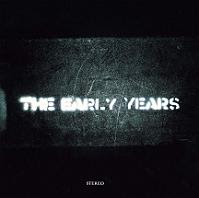 Equally influenced by such revered bands as The Stone Roses, The Charlatans UK, The Verve, and Spiritualized, as it is the Starship Enterprise, the debut album by The Early Years is a vehicle used by the band to explore sonics, dynamics, and atmospherics in modern rock music.

From the opening blasts of the explosive and propulsive “All Ones and Zeros,” with its robotic rhythms paired along side scaling and expanding guitars, the mission of the Early Years is clear: to reach that far off place where krautrock, British psychedelic, and ambient noise collide. Often times, as is the case with the opening track, all of these elements are contained within same song, either as separate movements, or as competing melodies. With “All Ones and Zeros” this covergence of sounds starts out as a blast of a rocker, dissipates to near nothingness, only to emerge, re-energized with a massive wall of sound.

Later, during the three song suite of the wide ambient ballads “Brown Hearts,” and “Music For Elizabeth,” and the experimental German drone of “Musik Der Fruhen Jahre,” The Early Years, take their time, and let their songs feel their way through open space. The beauty and the power of this movement becomes even more apparent, once the band fire back with “So Far Gone,” a second piece that parallels “All Ones and Zeros,” with its combination of chugging rhythms and scatter shot guitars.

While The Early Years are not the first act this decade to set out exploring that common sonic ground in psychedelic, ambient, and drone, there’s definitely something to be said for doing it so well. Whether you only consider their debut single, “All Ones and Zeros,” or you prefer to take in the album as a whole, your liable to reach a similar conclusion: there’s plenty of room in outer space for more than one band to ride this sound, and The Early Years just may have what it takes to be the best of one of them all.

The Early Years – All Ones and Zeros.mp3