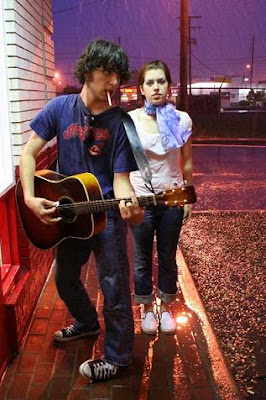 At some point we have to stop words like young, or teenager to describe Nicholas Megalis. Instead of calling him one of the best young rockers in town, he should simply be know as one of the area’s best musicians. I mean, it’s just not fair for the other kids. One week, he’s still competing in high school rock offs, and next it’s off to that gig on January 31st opening up for Langhorne Slim.

On the soulful strummer, “Caroline,” Nicholas displays two of the things that separates him from his peers: that wonderful bluesy voice, and an impeccable delivery that can transfrom a simple melody into something memorable.