Warning: "continue" targeting switch is equivalent to "break". Did you mean to use "continue 2"? in /nfs/c06/h01/mnt/88637/domains/blog.irockcleveland.com/html/wp-includes/pomo/plural-forms.php on line 210
 I Rock Cleveland I Rock Cleveland | Foreign Islands 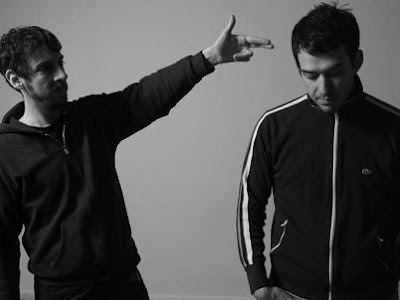 As proof that not everything is cooler in the UK, if I was an English journalist I would most likely be referring to Brooklyn’s Foreign Islands as part of the ridiculously named sub-genre, “New Rave.” Thank god, I’m not. In my comfortable Midwestern surroundings, I can still say something like serious post-punk, funk, dance-rock sh*t, and feel good about it.

“We Know You Know It,” by The Foreign Islands, is one of those tunes that has a little something for all of us. The schizophrenic rhythms and sharp bleeps will appeal to the electronic heads, while the massive guitar riffs and that f*ck that, punk rock attitude, will appeal to the rockers in the house. The combination of these elements create a tune that absolutely scorches.

MP3: Foreign Islands – We Know You Know It

The debut full-length by Foreign Islands will be out February 20th on Deaf, Dumb, and Blind.