Warning: "continue" targeting switch is equivalent to "break". Did you mean to use "continue 2"? in /nfs/c06/h01/mnt/88637/domains/blog.irockcleveland.com/html/wp-includes/pomo/plural-forms.php on line 210
 I Rock Cleveland I Rock Cleveland | “In Transit” by Albert Hammond, Jr

“In Transit” by Albert Hammond, Jr 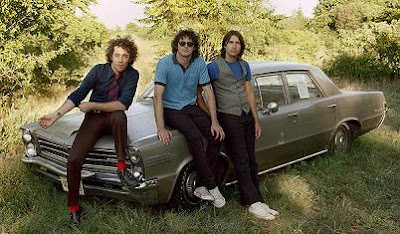 Albert Hammond Jr, known to the hipster world as the guitar playing Stroke, has a solo album due out March 6th called Yours To Keep. His six string work is instantly recognizable and undeniably cool, but who knew the dude could sing? With Hammond, Jr handling vocal duties, there’s a new found, shiny pop side that’s absent from the too cool for school attitude of his other gig, The Strokes.

You’ll have plenty of opportunities to catch Albert Hammond, Jr on the road this year: opening for Incubus (Cleveland is sold out kiddos), opening for Bloc Party, then headlining with The Mooney Suzuki

Editor’s Note: Earlier versions of this piece included multiple thinly veiled references to self-pleasure like: “The solo Stroke,” “Albert Hammond, Jr, stroking it on his own,” and “a master at bating the listener with his guitar.” There’s no room in serious music crit for such childish antics. Luckily, there is room for such juvenile banter at I Rock Cleveland, and that place is in the Editor’s Notes.