Three For The Rockometer: Deerhoof, The Shins, and David Vandervelde 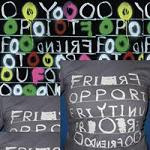 Friend Opportunity is one of those albums that is very appealing for the critics and the geeks. It has already reached lofty “Best New Music Status” on one influential website, and more gushing reviews are sure to follow.

My experience with Deerhoof has been equal parts fascination and frustration, or equal parts great and grating. Consider any song on Friend Opportunity, and my reaction goes something like this: “Hmm…this sounds promising…that guitar riff, that’s some heavy sh*t…Oh sh*t…Stop singing…My ears hurt…Oh, yeah, we’re back in the groove…Pound those drums, man…Love that beat…This I can dig…What the F*ck…Stop it…Maybe this is awesome, I don’t know.” Five minutes later, I’ll find myself humming the chorus. Now, multiply that reaction by 10 songs.

I can’t say where exactly this disc will end up in my library. Months from now it might just be tops of the pops. For that to happen, however, I’ll have to condition myself to accept those grating moments as an essential part of Deerhoof. 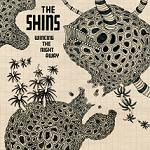 The Shins
Wincing The Night Away
Sub Pop

After listening to The Shins’ 2003, Chutes Too Narrow, I came to the realization that I preferred the Beach Boys and Kinks infatuated, reverb lovin’, model of the band, and not the louder, more complex version. All of my favorite moments by The Shins come from their debut, Oh, Inverted World: “Know Your Onion,” “New Slang,” and “The Celibate Life.” Therefore, any new release by The Shins will need to rival the magic that happened when I first slipped my copy of Inverted World into my discman outside a small record shop in Cambridge, Mass, in the fall of 01.

Lead single, “Phantom Limb,” happens to be one of those magical moments in pop music. Sure, it’s another song that sounds as if it could have been lifted straight from the Rushmore movie soundtrack, but that’s the stuff I love: reverb heavy guitar and vocals, and a highly addictive chorus. The trance-like opener, “Sleeping Lessons,” as well as the jangle happy “Australia,” and “Turn On Me,” with its surf guitar interlude, also stand up mightily to the finer moments of Inverted World. However, when The Shins attempt to experiment with their sound with different sampled textures, strings, loops, and machine-like drumming, as in “Sea Legs,” and “Red Rabbits,” the results are average at best, snoozeful at worst.

For its finer moments, Wincing The Night Away earns 7 out of 10 on The Rockometer. 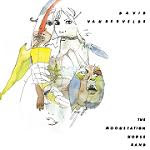 David Vandervelde nearly pulls off the impossible with his debut disc, The Moonstation House Band. He nearly exceeds the expectations that come with being a young musician who’s been compared to such Seventies luminaries like Bowie, Bolan, and Lennon.

Let’s re-read that first paragraph, and pay close attention to the adverb, “Nearly.” That’s an important word here. He nearly accomplishes the unthinkable. The one-two combo, of the stirring, densely layered guitar rock of “Nothin’ No,” and the glam rock stompin’ of “Jacket,” are as strong as any lead tracks by a debut rocker in ages. “Can’t See Your Face No More” takes a feel good glam anthem, and adds in some big board magic in the background with loops, reversed tracks, and spookiness, to create a song that works equally well blasting out of speakers as it does under a careful listen with headphones. The bright light ballad, “Feet of A Liar,” and the sad, soulful strummer, “Black Eyes Susan” are two more stand-outs that highlight Vandervelde’s masterful songwriting and performing skills.

Now, for the unfortunate part. The unfortunate part is that these songs are countered by overblown, and unnecessary production on “Corduroy Blues” and “Wisdom From A Tree.” This is more than unfortunate. This is a a mortal sin in the eyes of the rock gods. What’s ironic about these numbers is that David Vandervelde performed nearly every instrument on this album except for the string arrangements done by David Campbell (known for being Beck’s father as well as working with Elton John, Leonard Cohen, Willie Nelson, and The Brokeback Mountain Score) on these songs, and it’s precisely those strings that killed these two tunes. Man, what I wouldn’t give to hear these songs stripped back a bit without those damn strings and that more and more and even more production work.

David Vandervelde’s Moon Station House Band is a 7 1/2 out of 10 on The Rockometer and that is inspite of the two point deduction for having to use the skip button on two of the 8 tracks. As a five or six song ep, this would have been high nines.