The First Big Rock Release of 07: Convicts by You Am I 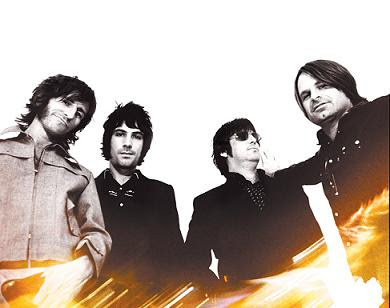 One night, as I knelt at my bedside, I prayed to the big one for a big dose of rock and roll. He assured me that my prayers would be answered. When I perused the news the next day, Jesus and Mary Chain were getting the band back together. That night, as I spoke to the big one, I told him it was cool that The Jesus and Mary Chain were getting back together, but it didn’t fulfill my immediate needs. They’re playing Coachella and I don’t have the dough and I don’t like flying. He assured me, my prayers would be answered, then he uttered these three words, “You Am I.”

And there you have it. That’s the honest to sh*t truth of how You Am I’s Convicts came into my possession. Ok, maybe that’s not quite the truth. On the spiritual plane, this one is a godsend and might as well have been delivered through prayer. While physically speaking, You Am I released their seventh album, Convicts in their native Austrailia back in 06 and Yep Roc brought this big slab of rock and roll to the states last week. It’s 36 minutes, of blunt language, big six-string riffs, and one killer track after the other. There’s rabid, blues and booze filled rockers like “Friends Like You” and “By My Own Hand” that would make one Mr Westerberg proud, along with the gritty fingered, dirty rhythms of “It Ain’t Funny How We Don’t Talk Anymore” and “Gunslingers.” I could go on and on, but at this point with an album of all studs and no duds, we should be rocking and not talking.

For the Cleveland Rockers in the audience today, You Am I will be at The Beachland Tavern on March 22nd. There’s more tour dates, and a full album stream over at Yep Roc.

You Am I on Yep Roc

It would be a grave error on my part if we didn’t put this one through the Rockometer (earlier proclaiming Convicts the first big rock record of 07 and all): The Rocometer took some kicks to the nuts, was busted, bruised, and beaten, by Convicts, and lived to record an 8 out of 10.