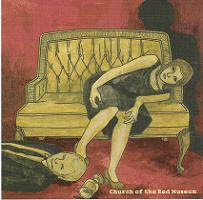 For the better part of this decade, we’ve been subjected to an endless cycle of proclamations that the album format is dead, and subsequent proclamations that one band, or another is out to save the album. In the past year alone, heavy hitters like My Chemical Romance, The Killers, and Fall Out Boy, have all proclaimed themselves musical saviors of the long playing format, while online indie store, Insound, ran a much publicized promotional campaign coinciding with the launch of their digital store titled, “Save The Album.”

Although these sentiments are noble, they are a bit misleading. First, musicians haven’t abandoned the album format, and neither have people who are serious about their music. Major labels have had a hard time moving units, and this has as much to do with dynamics in the marketplace as it has to do with major label quality. Secondly, important albums happen when an artist or group have a singular musical statement that resonates with the audience. Proclamations about the next great album that come from the artist are about as accurate as that guy you know who always brags about his large penis. The Killers did not make a great album, and that dude who claims to have an abnormally large penis, doesn’t.

If there is an upside to all of the death of the album talk, it’s when a band comes along, like Columbus, Ohio’s Church of The Red Museum, and they produce a stirring musical statement, as they have done with their self-titled debut, then that album seems all the more striking. After all, we’re conditioned to believe that no one makes albums any more.

Church of The Red Museum’s debut is bracketed by two twenty second shouts, “Il Ne Peut Pas Vivre,” and “Il Ne Mourra Pas.” The first one finding Brian Travis scowling, “You don’t know a thing about love,” with the closing number looking inward, “I don’t know a thing about love.” The seven numbers in between see the band exploring tales of love gone horribly wrong, against the back drop of a dramatic, sensual, and vitriolic, gypsy killing orchestra.

The violin and electric piano in “After All” practically cry in blood, until the chorus, and the howl of Brian Travis emerges. All of a sudden, jagged garage guitars kick in and that pain is transformed into anger and vengeance. In “Not In This House,” the loss and loneliness of an empty house, is spurred by keys that alternate between spooky and surreal, bass drum heavy percussion and that omnipresent throat of Travis.

“The Bay” showcases the ability of The Church of The Red Museum, to effectively juxtapose, seemingly harmless melodies, next to an ire inherent with a broken heart. It starts with pleasantly, sunny and swirling keyboards, and a trip to the seaside. The line, “I can still see the sunset in your eyes,” is sweetly reminiscent. Meanwhile, the spit and spite is lurking patiently in the background. When the time comes, Travis is ready to bite, “I’ve been waiting on your love/I can’t wait here any more/I’ve been wasted on your love.”

By the time we reach “Durham R.I.P” it’s evident that if Travis and The Church of The Red Museum, had one last note, and one last breath, it would be one harrowing, scornful, message. It’s the bitter end. It’s the death scene ending with the final nail in the coffin. It’s one last chance for the violin and organ to wail away before their imminent demise. As “Durham R.I.P” bleeds into the screaming, “Il Ne Mourra Pas,” the death of their album is complete, and the much maligned album as an art form is saved (again).

Church of The Red Museum – The Bay

As Church of The Red Museum, kick and scream their way into love’s grave, they move the Rockometer all the way to 8 1/2 out of 10.