Warning: "continue" targeting switch is equivalent to "break". Did you mean to use "continue 2"? in /nfs/c06/h01/mnt/88637/domains/blog.irockcleveland.com/html/wp-includes/pomo/plural-forms.php on line 210
 I Rock Cleveland I Rock Cleveland | New Dinosaur, Jr: "Been There All The Time"

New Dinosaur, Jr: "Been There All The Time" 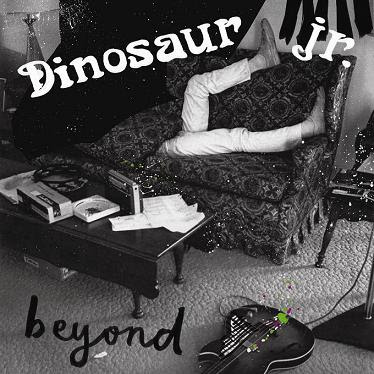 It only took one second into “Been There All The Time” and I knew Dinosaur, Jr was back, and back in top form. All I needed to hear I heard in that first second — Murph attacking the drum kit like a young man from New England with something to prove, and that first heavy, sludgy blast out of J’s guitar.

Of course, there’s more to “Been There All The Time” than that first second. After all, their forthcoming release, Beyond, is the first new Dinosaur, Jr recording in ten years, and the first to feature the original Dinosaur, Jr lineup of J Mascis, Lou Barlow, and Murph since 1988’s Bug. Since Dinosaur, Jr have been active on the Alternative Rock reunion circuit for a while now, following another Amherst band, The Pixies, in earning some much overdue paychecks, there is the nagging concern that the reunion album is nothing more than a money grab. I’d answer that worry with a title from their back catalog, “I Don’t Think So.”

“Been There All The Time” rocks with a passion that would be hard to fake. I haven’t heard solos like this coming out of J’s guitar since 93’s Where You Been. They’re big, loud, fuzzy, wailing, epic, and emotive blasts from rock ‘n’ roll’s past. Additionally, for a band that’s always played it loose and loud, and for a band who haven’t recorded together in nearly 20 years, they sound remarkably tight. Then, consider the fact that Barlow and Mascis didn’t exactly have an amicable separation after the initial split, and it’s all the more impressive that they’ve come back rockin’ this hard. Man, that release day of May 1st can’t come soon enough.

MP3: Dinosaur, Jr – Been There All The Time