To Live And Die In The Airport Lounge 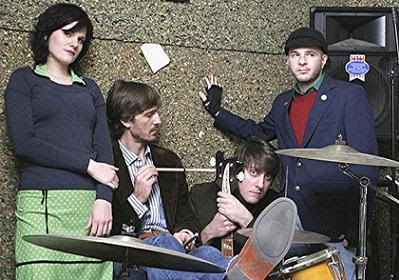 I can’t pretend to know much about My Teenage Stride. I’ve seen their name pop up a couple times in other blogs with respectable taste, and they seem to be leading quite the praise parade over on myspace.

Here’s what I do know: a damn fine tune when it goes over the soundsystem. I put on “To Live And Die In The Airport Lounge” and I’m no longer living in 2007. I’m transported to England in the late seventies where punk started to turn to new wave, and bands like Paul Weller and The Jam were leading the charge. Strangely, though this is the modern world, and forced references to songs by The Jam aside, I have no problem with these lads (and lass) from New York sounding so English. There’s no need for an alibi when you’re writing songs this good.

MP3: My Teenage Stride – To Live And Die In The Airport Lounge

The latest from My Teenage Stride, Ears Like Golden Bats, will be out later this month on Becalmed Records.