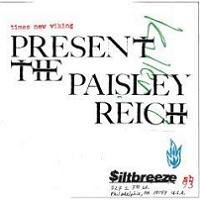 Indie Rock doesn’t have an Alan Greenspan to make corrections when the scene loses its focus. There’s no suit in a secluded office, sitting under stacks of charts and reports, pushing and pulling the scene to ensure its health. This fact has become painfully obvious as during the past decade, the word indie has lost all of its meaning. Once the word stood for independent or indie rock, but these days, the word is more likely to mean indifferent or inoffensive. Think about it for a moment. Think about the bands that built this scene. We’re talking about Black Flag, Husker Du, The Replacements, Dinosaur, Jr, Mission of Burma, and Sonic Youth. Now contrast that list with the who’s who of popular indie bands today: The Shins, Death Cab for Cutie, Sufjan Stevens, The Decemberists, and The Arcade Fire. For every band like TV on The Radio, who are pushing the artistic envelope, there are five, no strike that, fifteen bands who are indie, indifferent, and inoffensive. The scene is in desperate need of a corrective force.

The first lo-fi movement, of the late Eighties, and early Nineties, led by bands like Elliott Smith, Sebadoh, Pavement, and Guided by Voices, was part necessity, and part aesthetics. The early recordings were made in bedrooms and basements on any recording equipment they could get their hands on, and in the process they were making a statement against clean, well-produced recordings that lacked feeling. These days, when technology can put a polish on bedroom recordings, lo-fi is an artistic choice.

The legend of Times New Viking states that Siltbreeze released their first album, Dig Yourself, after receiving an anonymous cassette tape with the words “Times New Viking”, scribbled on its shell. Present The Paisley Reich, is their second release on Siltbreeze, and their last for them before they make the leap to Matador. Times New Viking Present The Paisley Reich is everything that modern music isn’t. The songs crack, and click, start and stop with little notice, and some songs play out as if they’re missing entire pieces. There’s little, or no bass on the recordings, and the melodies are buried beneath buzzing guitars and whirling keys. They are tinny, fractured, imperfect, and most importantly, provocative and powerful.

With a title, Present The Paisley Recih, alluding to fascism, much of the album deals with feelings of fear, isolation, and the failure of peace. “Imagine Dead John Lennon” begins with a marching drum beat sounding like it was pounded out on dented, tin garbage can lids, before yielding to a sonic guitar blast, and howls of “Thank you for believing/Imagine dead John Lennon drop out/And begin to build a useless heaven.”

“New Times, New Hope” contrasts the song’s optimistic title with the realities of war in our present age, at one point borrowing the line “Four more dead in Ohio,” from Crosby, Stills, Nash, and Young’s painful account of the Kent State National Guard shootings of the Seventies. Similarly, the innocently titled, “Love Your Daughters,” is another tale tarnished by modern times. The steady pounding of the drums, the droning keys, and static heavy guitar hide lines like “Dynamite seems our only purpose/Getting high only makes us nervous,” and “Deep themes that keep us idle/To trite to the point of tragic/Our Lives are oh so fantastic/long live our friend the machine gun/Fuck books and love your daughters.” “Teenage Lust” could be a simple tale of young love and separation when it opens, “I don’t wanna die in the city alone/The sun doesn’t always shine through a telephone.” Yet, when you consider the context of the album, then add in those disorienting keys and shrapnel sharp guitars, you can easily imagine the conversation taking place between Columbus and Baghdad, where the culture of fear has grown to envelop lives both home and abroad.

Times New Viking presents The Paisley Reich works on so many levels. It can be as simple as a lo-fi recording railing against technology and modern music. Wonderfully, once you pay close attention to the words and tones in this record, it becomes so much more. It’s a reactionary recording that consciously uses an old aesthetic to examine lessons that we should have already learned in love, art, and war.

Times New Viking Presents The Paisley Reich moved the Rockometer up to rarely reached levels: 9 1/2 out of 10.