Warning: "continue" targeting switch is equivalent to "break". Did you mean to use "continue 2"? in /nfs/c06/h01/mnt/88637/domains/blog.irockcleveland.com/html/wp-includes/pomo/plural-forms.php on line 210
 I Rock Cleveland I Rock Cleveland | On The Soundsystem: The Minor Canon and Five Foot Nine

On The Soundsystem: The Minor Canon and Five Foot Nine 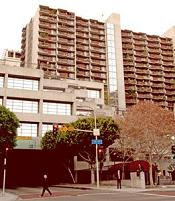 If all independent pop releases sent my way were this well executed and compelling, then I would have no choice but to stop using indie pop as the bogeyman for everything I find uninspiring in music these days. As soon as the drums kick in during “It Never Was,” and they kick with the kind of force one wouldn’t normally expect from a pop release, you know you’re in for something a little different. It may seem inconsequential, but it makes a world of difference.

The Minor Canon was started by multi-instrumentalist Paul Larson, notable for his guitar work with Dntel, and has recently grown to a six member band that includes guitar, bass, trumpet, trombone, saxophone, organ, and at times two drummers. The result is a full, layered sound, crafted with a careful attention to detail, featuring numerous melodies and counter melodies that reward close and careful listening. If critical listening isn’t your thing, then take a step back, and you’ll discover the easily comforting voice of Paul Larson, and his intelligent sense of composition and powerful song writing. Standouts include the sad and somber “A False Start,” with its brass section fit for a funeral dirge, the confidently marching rhythms of “Bend Like Trees,” and the slow building, emotionally burning, “The Rockets Countdown.” Truth be told, nearly every cut is a stand out, as I often find myself listening to No Good Deed Goes Unpunished, two, three times in a row. 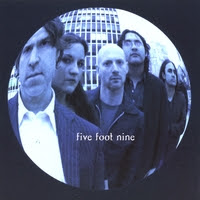 Michael Hushel, the frontman and namesake of Five Foot Nine, assembled a group of veteran Chicago musicians for this self titled debut that serves as a songbook to the Midwest’s musical tradition. Within these 10 tracks, you’ll find folk, roots, rock, mixed in with the occasional blues and soul. Immediate comparisons may be drawn with the New Pornographers, but a more fitting barometer may be the Billy Bragg and Wilco Mermaid Avenue sessions. Perhaps this is due to the striking backing vocals of Laura Coleman, who at times has an uncanny resemblance to Natalie Merchant, one of the many guest players on Mermaid Avenue. Though Five Foot Nine isn’t ground breaking, or challenging, or anything like that, there is still plenty to enjoy. “Back To The Tunnels,” and its roots-influenced, jangle pop, is an instantly likable lead number, even if I continue to mishear the chorus as “Turn on the television” instead of “Turn on the tunnel vision.” The harmonies between Hushel and Coleman on the Spanish tinged folk of “O La Moana” are another definite highlight, and I can’t help but start toe-tappin and head boppin when Coleman takes the lead on the playful and soulful “Sugar.”

MP3:Five Foot Nine – Back To The Tunnels