From The Vaults of I Rock Cleveland: "Questioningly" by Jesse Malin 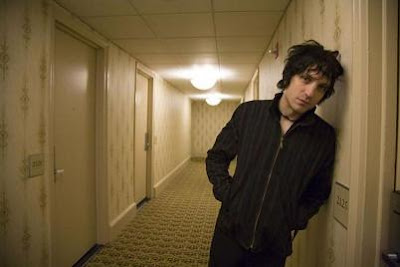 I didn’t have to go too deep in the vaults to come up with today’s selection. Jesse Malin’s cover of the Ramones “Questioningly” dates back to an early solo e.p in 2001 and can also be found on a Swedish Ramones tribute album that was released the following year.

Prior to embarking on his solo career, Malin was the lead singer of snotty NYC glam punks, D Generation during the Nineties. “Questioningly” was one of his earlier solo recordings that was released before his proper debut, The Fine Art of Self Destruction, and shows his movement away from the punk sound to more of a singer/song-writer type. Even with this change in direction, he wasn’t abandoning his rock and roll past. “Questioningly” was originally penned by Dee Dee Ramone for the Ramones’ 1978 album Road to Ruin.

This may be blasphemous on my part, but I prefer Jesse Malin’s take on this one. It was a sad song when first recorded by The Ramones, but in Malin’s hands it becomes even more of an emotional bomb. I could be in a bath tub filled with $100 bills and the Olsen Twins, and Jesse Malin’s pained delivery of this tune could still bring me to tears.

Jesse Malin has a new album, Glitter in the Gutter, due out March 20th on Adeline Records. For those in the UK, Glitter in the Gutter is out on February 26th. It features contributions from Josh Homme (QOTSA), Jakob Dylan, Ryan Adams, Chris Shiflett (Foo Fighters), and The Boss, Bruce Springsteen. “Questioningly” does not appear on this disc, but it does feature an equally emotional cover of The Replacements classic, “Bastards of Young.”