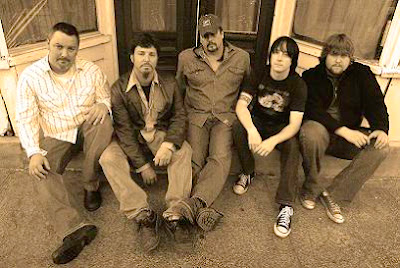 If we’re going to do a roots rock block, let’s kick it off in style with “Westboro Baptist Church,” by Portland, Oregon’s I Can Lick Any Sonofabitch In The House (Pictured Above). A word of warning, if you’re particularly religious, or particularly Republican, you might be offended. If you’re a left wing nut-job, have at it and have some fun. Though the band officially called it quits last fall, they’re on the bill for this year’s SXSW with an unofficial reunion.

MP3: I Can Lick Any Sonofabitch In The House – Westboro Baptist Church

Willy Mason is decidedly less offensive than that previous number. “When The River Moves On” is a nice slice of back-porch folk and souther gospel from his forthcoming release, If The Ocean Gets Rough, due out March 20th on Astralwerks.

MP3: Willy Mason – When The River Moves On

Next in the mix, is Illinois, recent signees of Ace Fu Records whose seven song ep, What The Hell Do I Know, is due out next Tuesday, March 6th. Their mix of rustic and modern elements in song have gained them comparisons from everyone from The Flaming Lips to The Kinks, but to steal their own line, “What the hell do I know?” I know a quality tune and a sharp melody. These boys deliver both.

The last song in tonight’s mix comes from Iowa City’s Death Ships. Though their debut release, Seeds of Devastation, was released last fall, I’ve just recently gotten my ears around it. Their sound is a pleasant and engaging brand of rock and pop indebted to the sounds of roots music and midwest living. You can call it rock with a side of roots, or as I prefer, a roots rock gateway drug.