Warning: "continue" targeting switch is equivalent to "break". Did you mean to use "continue 2"? in /nfs/c06/h01/mnt/88637/domains/blog.irockcleveland.com/html/wp-includes/pomo/plural-forms.php on line 210
 I Rock Cleveland I Rock Cleveland | Mary Weiss: Don’t Call It A Comeback 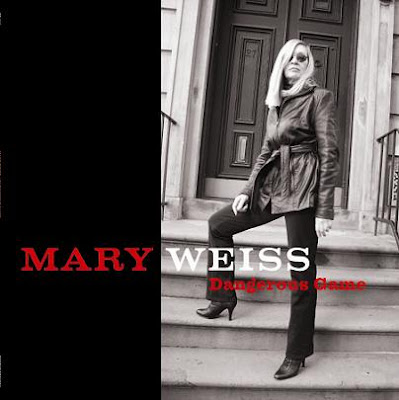 Don’t call it a comeback. There has to be a better way to describe Mary Weiss’ re-emergence on the music scene after being away for nearly 40 years. In the Sixties, Mary Weiss fronted the Shangri-La’s, and as a teenager supplied that powerful, seductive, and captivating voice behind memorable numbers like “Remember…Walking In The Sand,” “Leader of The Pack,” and “Give Him a Great Big Kiss.” Weiss was 18 when the Shangri-La’s disbanded in 1968 in the middle of legal mess, and aside from one performance at CBGB’s in 1977, she hasn’t been heard from since.

Surprisingly, when Mary Weiss was asked about recording, and touring again in a recent interview with Norton Records, her reasons for the comeback were quite simple. She had built a successful career in the real world, and now she found that she missed rock and roll. I expected more — there had to be some tragedy, and renewal. There had to be a life changing moment fit for a prime time interview. Yet, as I thought about that simple answer, I came to the conclusion that there really isn’t a better answer to the question, “Why now?” She’s not in it for the money (The Police) and she’s not trying to fix a ruined reputation (Rage Against The Machine), it’s the music that matters.

Admittedly, a big draw to Mary Weiss’ new album, Dangerous Game, is going to be the nostalgia trip. Even though the Shangri-La’s broke up years before I was born, I still remember that voice, and I suspect that you’ll find it instantly recognizable as well. Once that first syllable from “My Heart Is Beating” hits, the memories start to flow. For me, it’s long road trips with the folks and being thankful that our family wagon could pick up an oldies station in the middle of Pennsylvania, and being even more thankful that mom and pops listened to my incessant whining and turned the dial away from the country station.

The first time through Dangerous Game, I kept trying to compare the voice I heard coming through my headphones with the voice that lurked in my memories. Did it sound just the same? It’s been 40 years. Was it older, or was it stronger? There’s all these songs about boys and girls. Isn’t she past singing about boys?

On repeated listens, however, all of this became less of a concern. With Memphis’ Reigning Sounds, providing the music, Weiss supplying that strong voice, and songwriting from Greg Cartwright (Reigning Sound), John Felice (The Real Kids), Andy Robertson (Tough and Lovely), Andy Maltz (Little Killers), Andy Shernoff (The Dictators), and Billy Miller (A-Bones), this is rock and roll right in line with modern girl garage rock groups like The Detroit Cobras, The Charms, and countless others who owe a debt to her style, sound, and tough girl attitude.

Songs like “Nobody Knows (Like I Do)” and “Stop And Think It Over” rekindle the magic of the Sixties, yet stay relevant in the modern world. The Reigning Sound do a remarkable job of not falling into the flashback trap by keeping the rhythms tight, letting the drums kick, and laying down enough raw guitar sound to match the presence of Mary Weiss’ vocals. “Don’t Come Back,” and its Rockaway Beach style surf-guitars is an homage to another era: NYC punk and The Ramones. Meanwhile, on “Stitch In Time,” Weiss delivers a mature, soulful performance over organ and muted guitar that’s fit for a Quentin Tarantino soundtrack. As Dangerous Game nears it’s end, with the ballad “You Can Stay With Me,” there’s a real sense of comfort, as Weiss intimately sings “When there’s only me and you, you can stay with me.”

I’m still reluctant to call Dangerous Game a comeback album. After all, I can’t think of another artist who’s gone 40 years between albums, who still managed to produce a work so compelling. Additionally, my ties to her past are limited to a voice I knew from memories deeply buried in my brain. Mary Weiss wanted this album, and her return to the stage, to be about the music, and similarly, I’m less concerned about her past, or her legacy. It’s a consistently rewarding rock and roll album by a strong, confident, and mature woman.

MP3: Mary Weiss – Stop And Think It Over

Mary Weiss will be the headliner at The Beachland Ballroom this Saturday night performing with The Reigning Sound. Her only other scheduled performance is March 15th at SXSW.