The Return Of The Dreadful Yawns 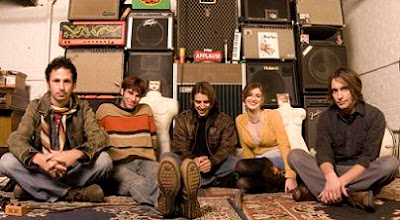 A lot has happened to The Dreadful Yawns since their 2005 release on Bomp! Records. Most notably, singer/songwriter, Ben Gmetro, has found himself surrounded by an entirely new supporting cast. It took nearly two years to finish the Yawns latest offereing. When first recording Rest, Gmetro took a stripped down approach to his west coast psychedelic folk, but as time went on, and studios changed, Rest evolved into an album with a much fuller sound. “November Nights” and “You’ve Been Recorded,” both taken from the soon to be released Rest, display that sunny, hazy, and lazy sound that the Yawns have been known for over the years.

Rest will be out this spring on Cleveland’s Exit Stencil Records. Keep your eyes and ears open. The Dreadful Yawns will be playing about town quite a bit in the next couple months. This Saturday night, they have a free show at Bella Dubby in Lakewood, and on March 22nd they’ll be supporting Jennifer O’Connor at The Grog Shop.