The View and The Fratellis Battle For The Next Big Thing

Depending on who you ask, British guitar rock in the 2000’s either began and ended with The Libertines, or The Libertines were the starting point, and upon their dissolution, The Arctic Monkeys rose to the throne as the new kings of British rock. I’m not getting into that debate. Today, The Libertines and The Arctic Monkeys are one the same side as two young upstarts, The View and The Fratellis, are set to release their stateside debuts. As much as The Arctic Monkeys lived in the shadows of Pete Doherty and Carl Barat, The View and The Fratellis have an even more difficult task at hand: they must prove to a skeptical US market, who never fully embraced Monkey-mania, that they aren’t merely riding on the coattails of higher profile British bands. 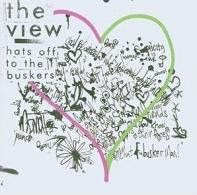 Hailing from the decidedly un-fancy locale of Dundee in Scotland, The View (named after the Bayview Bar — their local watering hole and one time rehearsal space, and not the daytime talk show here in the states) made a rather quick impact on their hometown: they were signed to a local indie label after only their second show. It didn’t take too long for others to notice as well: the crowds got bigger (thanks in part to touring with Pete Doherty’s post Libertines band, Babyshambles), well known Rough Trade A&R man, James Endeacott signed them to his new label, 1965 records, Bobby Gillespie of Primal Scream proclaimed them his new favorite band, and Owen Morris, best known for producing Oasis’ massive (What’s The Story) Morning Glory, was brought in to produce what would be their debut album, Hats Off To The Buskers. The Doherty connection doesn’t end with that early tour and their professed admiration for The Libertines, as drummer Steven Morrison had the fortune to be arrested with Doherty in 06, while frontman Kyle Falconer did his best Doherty impression earlier this year, with his very own cocaine arrest.

Hats Off To The Buskers starts off with a bang. The bluesy stomper “Goin’ Down” utilizes Owen Morris’ big sound production, similar to the more rocking moments of Oasis’ Morning Glory, to create a buzzing, and burning opener. It’s followed in quick succession by two more solid tracks. “Superstar Tradesman,” an homage to the working man who gives up on the rock and roll life, in order to simply have a life to live. Big guitars and and an even bigger chorus drive this one home. “Same Jeans,” is an infectious number that shares some sonic space with Cornershop’s “Brimful of Asha,” until it busts up in a mad, flailing guitar hoedown at the end. Along side the bounce laid down by the rhythm section of Kieran Webster (bass) and Steven Morrison, Kyle Falconer wonderfully captures The View’s M.O. with the lines, “I’ve had the same jeans for four days now/I’m gonna go to a disco in the middle of town/Everybody’s dressing up, I’m dressing down.” If Hats Off To The Buskers was a four song ep, and went from that ramshackle jam of “Same Jeans,” straight to the similarly anthemic, “Wasted Little Djs,” I would hand them the scepter and throne of British rock, but, and it’s a big but, there’s still 1o other tracks.

Unfortunately, starting with momentum busting “Don’t Tell Me,” the rest of Buskers is spotty at best, and just plain unmemorable at it’s worst. Part of The View’s problem seems to be that their musical lineage consists of Oasis, Blur, The Libertines, and little else. Both “Don’t Tell Me” and “The Don” sound like an uninspired Blur taking on country. “Dance Into The Night” could well have been a Libertines b-side. “Streetlights” had to be a leftover from Owen Morris’ days working with Oasis. Then to make matters even worse, Falconer sings this one like he’s a Gallagher. “Skag Trendy” has its own problems. It’s ruined by the unintelligible nonsense flowing from Falconer’s mouth that transforms a song could have a real rocker, into an argument that they may be off their collective rockers.

Albums like Hats Off To The Buskers, infuriate the music fan in me. There’s enough talent in these boys that they could have produced a stirring debut. Maybe they only have four good songs in them. Maybe they were rushed into the studio before they had time to grow as a band and fully realize their own sound. Either way, the debut disc The View is a banger, and not in a good sense — it had me banging my head on the wall in frustration.

Hats Off To The Buskers by The View, starts fast, and fades even faster. The boys show some promise and a knack for catchy singles, so all is not lost. 5 1/2 out of 10 on The Rockometer. 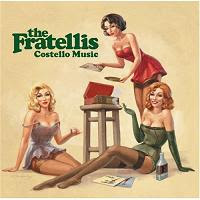 The Fratelli’s have had a similar rocket ship rise to fame as The View. Though their back story is murked with purposeful mis-directions, this much is known: The Fratelli brothers (though not brothers in the traditional sense) Barry, Mince, and Jon formed the band during 2005 in Glasgow, and by the time their debut hit the UK last year, NME was already proclaiming them “The best bum band in Britain,” a title that was surely held by The Libertines and The Arctic Monkeys before them. Unlike The View, The Fratellis have done a much better job keeping their noses clean, and consequently, they’ve already benefited from positive press in the states including a high profile iTunes ad, and a spot on NPR.

As with any album that can fall into the loose categories of guitar rock, power pop, or pop rock, I’m not looking for anything that is going to change the course of rock history. Rather, I’m more interested in big melodies, memorable songs, and just enough originality from the band to make the sound their own. I want three minutes of fun, and songs about girls, going out, and rocking out that will send me bopping about as I tackle the mundane tasks of the work week.

There’s a definite Fratelli’s sound evident on Costello Music, even if it may be hard to peg down at first. The brothers Fratelli have a wealth of musical knowledge at their disposal, and use everything from T-Rex inspired glam, and early punk, to down home blues and second wave ska, in order to create their modern, mashed up guitar rock. More importantly, Costello Music, is fueled with one top jam after another. There’s the boogie rock monster, “Henrietta,” that kicks off Costello Music in fine style. The Apple favorite “Flathead,” pulsates, pounds, and breaks down with in a fiery second wave sound. While the big riffs, thick drums, and raucous chorus of “Chelsea Dagger” is made for fist-pumping and pogoing in the front row.

This is line is going to sound like a Ronco infomercial, but there is more. I can go down the track list for Costello Music and The Fratelli’s rarely miss the mark, as their wit, and fun loving charm keep it fresh to the finish. The straight up punk of “The Gutterati,” “For The Girl” with its silly sing-along chorus, “Vince The Lovable Stoner”, “Baby Fratelli,” “Everybody Knows You Cried Last Night,” “Got Ma Nuts From A Hippie,”all of them are top jams.

Remember what I said early on in this review: guitar rock doesn’t have to be groundbreaking to earn a permanent place in your cd collection. Even if NME and the rest of the off the hook British media fall into hysteria for one young, guitar band after another, these bands aren’t out there to be the next big thing. I’m sure going down in history as a top ten British band is far down on the list of things The Fratellis want to accomplish in their career. These boys seem far more intent on scoring free drinks, good times, better women, and cranking out great rock nuggets three minutes at a time.

Costello Music by The Fratellis is an 8 out of 10 on The Rockometer.