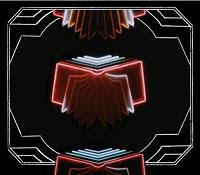 The Arcade Fire Watch is over. 14 Days after first purchasing Neon Bible I finally made my way to the bitter end, and I stick by my initial reaction, which if you remember correctly, wasn’t a very favorable one. I realize that my opinion may be in the minority, so I’m going to air my grievances, you can agree or disagree, and we will never talk about the Neon Bible again.

These are my grievances:

Bigger isn’t always better. It’s a lesson that should have been learned with prog rock in the seventies, or when glam begot hair in the eighties, but bigger productions don’t equate to better albums. Funeral’s sound, though grand, still left ample elbow room individual sounds to explore sonics on their own. Conversely, Neon Bible seems bloated with The Arcade Fire trying to cram as much as they can into each song. You cannot overlook the importance of subtlety and restraint in production.

There’s only one Bruce Springsteen. The Boss’ name has popped up in another contemporary album review, and while the music may not instantly evoke Springsteen, it is very bossy in its delivery. The Arcade Fire attempt to “Born To Run” their way through Neon Bible. They shoot for the biggest rock anthem ever made on nearly every track and it becomes rather tiresome. At first I heard musical elements of Springsteen in Neon Bible, but today, when I gave Neon Bible an extra couple spins, I heard John Cafferty and The Beaver Brown Band.

Too much emotion=emo. Win Butler’s vocals were one of the first things that stood out when I first spun Neon Bible. This isn’t a compliment. On Neon Bible, he’s guilty of American Idolizing his delivery and making every moment a dramatic one. It’s this combination of over-emoting and over-singing that ultimately did in Neon Bible. Go back to Funeral and listen to “Neighborhood #3 (Power Out).” His delivery is more terse and it perfectly compliments the frantic nature of that song.

Of course, all of this could be b.s. It may be as simple as the fact that the songs on Funeral were better.