Warning: "continue" targeting switch is equivalent to "break". Did you mean to use "continue 2"? in /nfs/c06/h01/mnt/88637/domains/blog.irockcleveland.com/html/wp-includes/pomo/plural-forms.php on line 210
 I Rock Cleveland I Rock Cleveland | More Dead Bodies 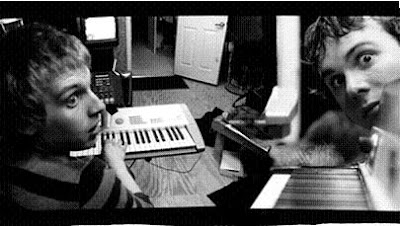 It’s been a couple months since I last mentioned the Dead Bodies, and as we inch closer to the release date for Mr Spookehouse’s Pink House, I can report to you that they’re still wonderfully weird. Although neither “Mr Spookehouse Himself” nor “In Heaven, We All Are” will induce head-scratch fever like the previously unleashed “Pink Muff Dance Party Vampire Resolve,” they do share that same playful, adventurous spirit.

So what makes “Mr Spookehouse Himself” so weird, you ask? Well, as this slightly off-kilter, mid-tempo starts you find out that Mr Spookehouse lives in a pink house without a wife. In the progressive 21st century, that can get you arrested in, oh about, 49 of the 50 states. Then, we’re told that Mr Spookehouse keeps his pink house looking nice on the outside to hide the weird stuff going on inside, the Dead Bodies go off on one spooky jam into the heart of weirdsville.

“In Heaven, We All Are” tunes down the weird, and turns up the guitar quotient. Still, with The Dead Bodies, this doesn’t mean it’s a straight forward rocker. It still manages to retain its fair share of quirk.

Mr Spookehouse’s Pink House will be out April 17th on Quite Scientific [preorder]. If you missed the Pink Muff Dance Party Vampire Resolve the last time around, you can hit up Quite Scientific for that track.

The Dead Bodies on Myspace
Quite Scientific