Warning: "continue" targeting switch is equivalent to "break". Did you mean to use "continue 2"? in /nfs/c06/h01/mnt/88637/domains/blog.irockcleveland.com/html/wp-includes/pomo/plural-forms.php on line 210
 I Rock Cleveland I Rock Cleveland | Four For The Rockometer: Black Diamond Heavies, The Twilight Sad, Wolf and Cub, and The Rakes

Four For The Rockometer: Black Diamond Heavies, The Twilight Sad, Wolf and Cub, and The Rakes 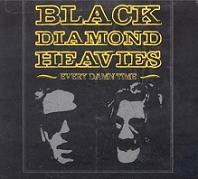 Man, Alive Records have quietly become the underground rock label. Starting with last year’s releases from Buffalo Killers and The Trainwreck Riders, and continuing with their first three releases this year — The Bloody Hollies, Radio Moscow, and Black Diamond Heavies, everything they’ve put out has been really, f’n solid.

Unlike the more traditional blues duos of guitarists and drummers (or Mirambists and drummers — damn you Jack White), the dirty delta blues of The Black Diamond Heavies are delivered with keys and drums. Although the no-frills, analog production style of Every Damn Time gives me the warm and fuzzies, there’s a dark and sinister side to their music, supplied primarily by the wicked howl of John Wesley Myers, a vocalist who sounds as if he lives on a steady diet of thumb tacks and shards of broken glass.

Every Damn Time plays like a road trip through the bar rooms and back alleys of the American South, albeit one leaving a good deal of carnage behind. Tales range from the rabid (“Fever In My Blood”), and the raging (“White Bitch”) to the busted up (“Guess You Gone and Fucked It All Up”) and broken hearted (“Leave It In The Road”), and the Black Diamond Heavies deliver on every damn one of them.

The Black Diamond Heavies – Fever In My Blood [download] 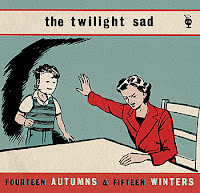 Lovers of long song titles rejoice! The Twilight Sad have come bearing gifts: “The Summer At Home I Had Become The Invisible Boy.” “Last Year’s Rain Didn’t Fall Quite So Hard,” and “And She Would Darken The Memory of Youth” to name a few. Lovers of quiet, loud, quiet, louder, you may also rejoice! As with their Scottish countrymen, Mogwai, The Twilight Sad have a real knack for the dramatic and dynamic.

The Twilight Sad’s adherence to Mogwai School of Musical Dynamics, while quite effective, can have some unintended consequences. If you’re not careful, those soaring, powerful every man anthems like “Cold Days From The Birdhouse” and “Talking With Fireworks/Here It Never Snowed” can get lost amidst the noise. Thankfully, they seem acutely aware of this danger, and temper Fourteen Autums/Fifteen Winters with some change of pace numbers like the repetitive drone of “Last Year’s Rain Didn’t Fall Quite So Hard,” and the ambient, atmospheric album closer “Fourteen Autumns/Fifteen Winters.”

The Twilight Sad – Cold Days From The Birdhouse [download]

Fourteen Autums/Fifteen Winters by The Twilight Sad: 7 1/2 out of 10 on The Rockometer 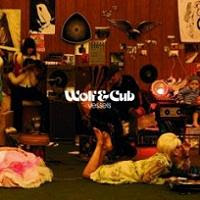 I had high hopes for this one. After hearing the lava lamp explosion of the title track, “Vessels,” then the rowdy fuzz rocker, “Steal Their Gold,” I thought I was buying another sludgy rock record like the debut from Wolf and Cub’s Australian wolf brothers, Wolfmother. Instead, once I took in the rest of the album, I found a band desperately seeking their own sound.

Vessels is a disjointed combination songs like the aforementioned throwback rockers, Primal Scream style tripped out jams (“Kingdom” and “Conundrum”), drippy, sticky psych rock (“Hammond” and Vultures (Part 2)”), and regrettably, as Eric Harvey identified in his Pitchfork reiview, some Kula Shakers (“This Mess” and “Seeds of Doubt”). The rockers work just fine, and some of the trippy psych stuff can stay, as they add a nice change of pace to the heavier numbers, but those Kula Shakers have got to go. 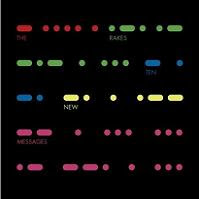 I love eMusic. Not only can you get over 100 mp3 downloads a month at a reasonable price, but you have this glorious section called “Members Say” where members of eMusic write their own reviews. I’ve seen some good ones in my day, like this one from Guided by Voice’s Mag Earwhig by someone named Batman from Brooklyn: “Outside of Doug Gillard on guitar, the dudes Pollard poached from Cobra Verde for this record are a bunch of dweebs. Even so, this CD hasn’t left my disc-changer since it came out in nineteen-diggity–doo.” That was my favorite until I came across this line about Ten New Messages by The Rakes courtesy of Daviso from New Jersey: ” They sound 20% better than the Strokes ever could.” 20% better than The Strokes isn’t hard to accomplish if we’re talking about First Impressions of Earth Strokes. Now, if we’re talking about Is This It Stokes, then that’s a tall order. Strokes comparisons notwithstanding, British buzz bands have had a hard time of it lately with their sophomore discs, so I’m willing to settle for 80% as good as The Rakes debut release Capture/Release.

Ten New Messages is a pleasant enough listen, and therein lies its problem. From the opening track, “The World Was A Mess But His Hair Was Pefect” The Rakes settle into a nice groove of skittish rhythms and hip NYC meets equally hip London guitar lines, accompanied by the disengaged croon of vocalist Alan Donohoe. Then they keep that groove going for 11 tunes with the next one not particularly distinguishable from the previous one. It turns out now that they’re no longer working 22 grand jobs in the city, daydreaming about being secret agents, and plotting their next night out on the town, they’ve lost their bite and don’t have many interesting things to say.