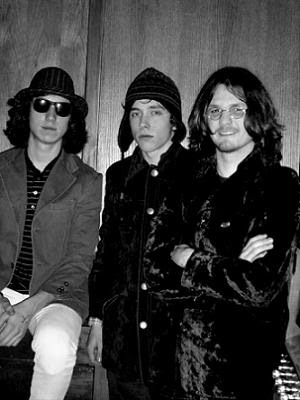 This past March, Cleveland’s rocket fueled retro-rockers, The Black Diamonds, abruptly broke up the band and depending on your source, that break-up wasn’t exactly a smooth one. The timing of this announcement was very curious as many local publications, including this one, had these boys tipped for a huge year in 2007. Fortunately, the day the news hit that The Black Diamonds had split, details emerged on a new band, The Suede Brothers, one that contained 3/4 of the original line-up, minus singer Chad Van Gils. Don’t fret rockers, the sound remains the same — good, honest Rock ‘N’ Rill with plenty of hard charging guitar riffs.

MP3:The Suede Brothers – Lay It Down

“Lay It Down” was recently released as a demo on Myspace. You can expect more material from the Suede Brothers in the coming months.

The Suede Brothers on Myspace