Brianstorm EP by The Arctic Monkeys 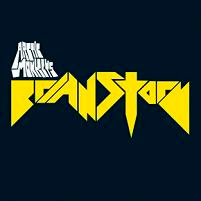 UK guitar bands have had quite a time with the sophomore slump of late. England’s Futureheads and The Rakes, and Scotland’s Franz Ferdinand all saw a steep decline in quality with their second release. Bloc Party fared a bit better with A Weekend In The City. Even so, the reviews on that one were a mixed bag at best. It’s a very competitive scene — make one slip and some up and comers like The View or The Fratellis are ready to take your spot on the list of 100 best rock albums ever.

With this in mind, I approached the Arctic Monkey’s Brianstorm e.p. with a fair amount of trepidation along with a serious dose of lowered expectations. Look, here in the states we never elevated the Monkeys to top artist ever status. Whatever You Think I Am, That’s What I’m Not was a fresh, enjoyable listen from a young guitar band with a distinctive voice. One of the best ever? Oh, I don’t know.

The first thing that struck me about the Brianstorm e.p. was the lettering on the front cover. It seemed oddly Styper-esque. Then, on the inside cover, there’s this odd electric vampire boy and it got me thinking My Chemical Romance. Now, I’m worried. Stryper vs My Chemical Romance with a cameo from Dizzee Rascal is a veritable recipe for a four song trainwreck.

Surprisingly, if there is any wreckage to be heard on Brianstorm, it’s the sound of their peers crashing towards obscurity. Though, this is only a four song e.p., there is plenty to suggest that the Arctic Monkeys may be the first of their ilk to survive, or even thrive on their second outing. “If You Found This It’s Probably Too Late” reintroduces the Arctic Monkeys with an ominous string section foretelling the dark moods that permeate Brianstorm, before switching gears into a punk rock slaughterhouse with singer, Alex Turner, toasting his lyrics above a noisy ruckus. This leads us to the title track, and first single from the forthcoming album Favourite Worst Nightmare, “Brianstorm,” a fierce, chugging rocker, heavier than most anything they’ve released to date. Next, “Temptation Greets You Like Your Naughty Friend” is the anticipated collaboration with English mc Dizzee Rascal. The rhythm section lays down a tight, cut-up dubby foundation for the verses, then lead the band on a seemless transition to the big chorus. Dizzee Rascal steps up to the mic to take the lead on the third verse, and provides a stark contrast to Turner’s croon with his frantic, skittish delivery. The Monkeys seal the deal with “What If You Were Right The First Time,” a scorching number that lays on the freakish vibe that had been building over the course of the e.p.

Brianstorm by The Arctic Monkeys: 8 out of 10 on The Rockometer