Warning: "continue" targeting switch is equivalent to "break". Did you mean to use "continue 2"? in /nfs/c06/h01/mnt/88637/domains/blog.irockcleveland.com/html/wp-includes/pomo/plural-forms.php on line 210
 I Rock Cleveland I Rock Cleveland | "Advice For Young Mothers To Be" by The Veils

"Advice For Young Mothers To Be" by The Veils 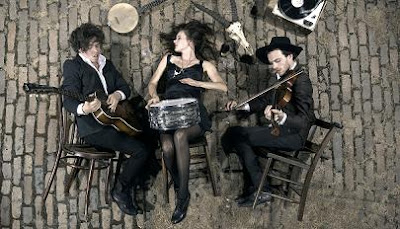 Turns out that Nux Vomica, the title of The Veils long delayed US release may have something to do with vomiting Latin after all. From the press section on The Veils US label, World’s Fair, I discovered that Nux Vomica is the scientific name for “The Poison Tree,” an evergreen found in Southeast Asia. It can be used to make the poison strychnine, but it can also be used as a natural cure for stomach ailments. So, if I’m reading this correctly, Nux Vomica, can either stop you from vomiting or kill you. Nice.

In keeping with the kill or cure theme, Nux Vomica the album has a similar sense of duality. While songs like “Not Yet” and “Jesus For The Jugular” (previously featured on I Rock Cleveland) have a decidedly sinister edge, there are others like “Advice For Young Mothers To Be” that hide their dark secrets underneath a innocent, shimmering pop shine.

MP3:The Veils – Advice For Young Mothers To Be

Though released in the UK on Rough Trade last fall, Nux Vomica will finally see its state side release next Tuesday as part of World’s Fair’s distribution deal with Rough Trade for the US.

The Veils
The Veils on World’s Fair/Rough Trade