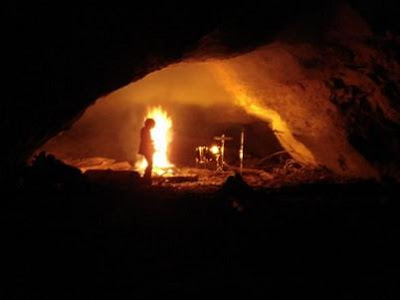 Man, you gotta love the Wiki. Take this quote on the page about The Vue that I found on Subpop: “The band is now known as Bellavista. Much controversy has surrounded the band since their reformation, including allegations of illicit drug use and promiscuity.” Even though I’d like to think that sentence is steeped in sarcasm, it’s really impossible to tell if the author was serious or not. To their credit, Wiki did note that “Citation is needed” for that part about sex and drugs and controversy.

This next statement I make should be a little less controversial: Bellavista f’n rock. Playing a mix of the good stuff (garage, psychedelic, shoegaze), their debut album has found itself in heavy rotation on the IRC Soundsystem of late. The first tune I’m featuring, the buzzing rocker “Temptation By Your Side,” features some of that heavy drumming in the style early U2 or the Walkmen, guitars that screech, scream, and wail, and a chorus, “I just wanted to hang out with you” that is sung in such a manner that it suggests that “I just wanted to hang out with you” really means hanging out is pretty cool and all, but I’d rather be doing you than hanging out with you. While, our second number, “Put It On,” moves in an entirely different manner. Think Spiritualized or Primal Scream and their slow, drawn out spacey explorations oozing out of the speakers, with the slow drone occasionally broken by some fine sounding guitar ruckus.

Bellavista’s self titled debut is out now on Take Root.