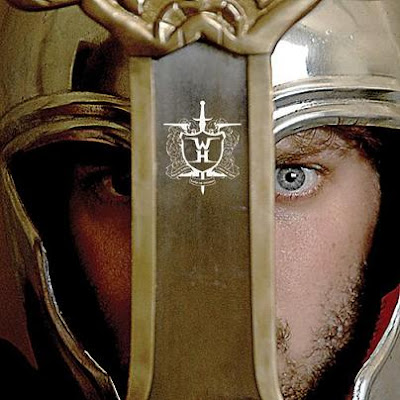 I was just thinking the other day, “Hmm…there’s not enough songs about brave heroes, fair maidens, and fierce dragons.” C’mon, who amongst us doesn’t want to slay the dragon and rescue the princess? That’s the stuff that dreams are made of. Well, perhaps those are the dreams of dungeon masters, sci-fi B-movie fans, and World of Warcraft addicts.

I may be kidding when I say that there’s not enough songs about dragon slaying heroes, but there’s nothing funny about indie rock’s loss of humor. Stylus recently published a lengthy essay on our inability to laugh, and have fun with music. Even bands like Hot Chip and Art Brut struggled for acceptance early in their careers as their humor interfered with critics’ ability to take their art serious. Now, I’m not about to say Witch’s Hat belong in that select company. Yet, I can’t deny that this epic tale of a young hero, killing a dragon to save the virgin princess set to chugging guitars, and lifted to the heavens by the feel good chorus, “Huzzah! Huzzah! Hooray! Hooray!” is the most fun I’ve had listening to a song in ages. Huzzah!