Warning: "continue" targeting switch is equivalent to "break". Did you mean to use "continue 2"? in /nfs/c06/h01/mnt/88637/domains/blog.irockcleveland.com/html/wp-includes/pomo/plural-forms.php on line 210
 I Rock Cleveland I Rock Cleveland | Four For The Rockometer: Pterodactyl, Mando Diao, Midnight Movies, and Alex Delivery 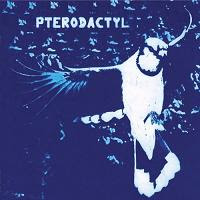 When trying to tell the difference between noise rock and a lousy racket, I turn to Potter Stewart, the Supreme Court justice, who stated in his opinion on the obscenity case, Jacobellis vs Ohio, “I shall not today attempt further to define the kinds of material I understand to be embraced within that shorthand description; and perhaps I could never succeed in intelligibly doing so. But I know it when I see it, and the motion picture involved in this case is not that.” Like the blurry lines between eroticism and obscenity, it may be difficult at times to distinguish between noise and racket, but I know it when I hear it.

Granted, I’ve never heard the screech of real Pterodactyls (yeah, they’ve been extinct for eons), still, I imagine that they wouldn’t be so dissimilar from the piercing sounds produced by Pterodactyl (the band) . Shrill, shrieking guitars, rugged drums, and rumbling bass lines dominate many of the numbers on the Blue Jay album. Surprisingly, there’s also a substantial amount of melody hiding in the mix waiting to be uncovered, and this is what ultimately distinguishes it from being an unlistenable racket. Aside from the hypnotic album closer, “Esses,” there is little in the way of instant gratification (And even this one has its fair share of maniacal noise). It’s underneath the trash of “Polio” and “Ask Me Nicely,” and deep within the slow, scandalous howl of “Safe Like A Train” and “Rampage Pt 1,” that you’ll find honest to goodness songs. Oh, you may be required to focus your ears away from the high pitched wails and separate the melody from some of the more grating sounds, but the tunes are there waiting for your attention, and once you start to really to pick this album apart it becomes infinitely more rewarding.

The Blue Jay album by Pterodactyl (the band) is a 7 out of 10 on The Rockometer. 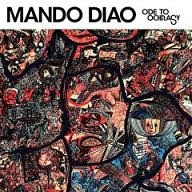 Like it’s cousin punk rock, garage rock, can be a very constrictive and repetitive genre. For garage rockers, like myself, this isn’t much of a problem. We can spot the subtle variances in the levels of rock, rhythms and blues, and soul that differentiate one band from the other. However, for the casual listener, all of these bands can start to sound the same — there’s only so much you can do with verse, chorus, verse, song structures and traditional band lineups of guitar, bass, drums, and sometimes keys. And so it is with Ode To Ochrasy that Mando Diao continue their move out of the garage into more expansive quarters.

As expected for a band in transition, the move away from the more traditional sound, isn’t without its stumbles. The garage rockin rave-ups on Ode To Ochrasy, like album openers “Welcome Home, Luc Robitaile“and “Killer Kacynski“, fail to hit the speakers with the ferocity of “God Knows” from 2005’s Hurricane Bar. The old sound is most effective for Mando Diao, when they keep it loose, let their guard down, and have a good time. “Song For Aberdeen” benefits from the piped in party sounds — the only thing missing is the clinging of beer bottles. While “Long Before Rock ‘N’ Roll” creates its feel good vibe with playful vocal interchanges between Bjorn Dixgard and Gustaf Noren, and a swift sing-a-long of “Na Na Na Na’s.” Ultimately, it’s the numbers that stray the farthest from Mando Diao’s garage rock home, that save Ode To Ochrasy. Pop numbers like “The Wildfire (If It Was True)” and “Josephine” share more in common with fellow Swedes Peter, Bjorn, and John, than they do with The Hives, and add some much needed freshness to their sound. 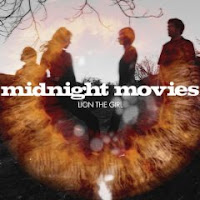 Although this cd may scream 4AD at times, the dream pop and shoegaze sound is one I’m rather fond of, and quite honestly, I dig their take on it. Beginning with the creaking soundscapes that serve as the intro to “Souvenirs” Midnight Movies lay down a lush, mystical, and sometimes sinister vibe that permeates throughout Lion The Girl placing it somewhere between dreams and hauntings. It’s primal and foreboding, with vocalist Gena Olivier serving as both siren and savior. The drums are forceful, the keyboards spooky, and guitarist Larry Schemel is not afraid to produce a caustic riff to accentuate the atmosphere. “Patient Eye,” with its combination of mesmerizing keys, wobbly bass lines, and Olivier’s breathy vocals, evokes a tenuous sense of calmness around a situation of paralyzing fear. While songs like “Coral Den” and “Hide Away” do away with any of that calmness, opting instead to channel the nightmare of fleeing an unknown evil in the dark of night. Like any good horror flick, or nightmare for that matter, these scenes of despair are tempered by the occasional ray of light, as is the case with the delicate, airy ballad “Ribbons.” It’s short lived, of course. You can open your eyes for a moment, roll over and find a new sweet spot on the mattress, but whatever it was that brought you into this dark scene, is still lurking off in the distance.

Lion The Girl by Midnight Movies: 8 out of 10 on The Rockometer. 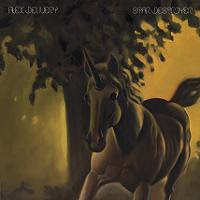 Alex Delivery are a band of the future. No, not the imaginary future constructed in the fifties and sixties where silver jumpsuits, talking computers, and jet packs signified progress. Neither is this is the sound of the near future where technology keeps us connected and makes anything possible. Rather, it’s a damaged, distorted vision. It’s like traveling through the depths of the Milky Way in the spaceship equivalent of a Delta 88 with duct tape holding the muffler together. Peace, beauty, and calm are interrupted with the occasional clink and clunk of mashing gears, and the feeling of wonder inspired by infinite space is ruined by that insistent, red flashing of the check your engine light.

Star Destroyer’s strength relies on the ability of Alex Delivery’s troupe of musicians to unify a diverse musical vision through numerous transitions and transformations. There are only six songs on Star Destroyer, yet it clocks in around 40 minutes. Three numbers go well beyond nine minutes. “Komad” is a ten minute journey marrying the most unlikely of musical elements: slacker rock and kraut rock. The vocal delivery is reminiscent of Pavement’s Malkmus, while musically, it starts with robotic machine shop sounds, before yielding to vintage German techno. “Milan” undergoes a similar metamorphosis. It begins with the sound of sweeping an empty warehouse. Voices mumble in the background. Eventually, it moves from the factory ground, to the otherworldly landscapes of Orbital in one seamless movement. Lastly, following the lead of “Komad” and “Milan,” “Sheath-Wet” shoots for the stars, but it’s not an entirely smooth blast off. It’s wobbly and vulnerable, with slightly off-kilter orchestrations and a percussion section valiantly trying to keep the pace. Like the world we live in, or any future we may lay our eyes upon, these songs are fractured, imperfect, and fascinating.

Star Destroyer by Alex Delivery is a 7 1/2 out of 10 on The Rockometer.