Warning: "continue" targeting switch is equivalent to "break". Did you mean to use "continue 2"? in /nfs/c06/h01/mnt/88637/domains/blog.irockcleveland.com/html/wp-includes/pomo/plural-forms.php on line 210
 I Rock Cleveland I Rock Cleveland | Beyond by Dinosaur, Jr

Beyond by Dinosaur, Jr 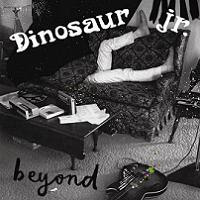 For most of my Rock ‘N’ Roll lifetime I’ve been scared of Reunion Rock. Rarely does the “Getting the band back together” album come close to the band’s original work. My stance on reunion rock softened a bit last year after Mission of Burma returned with their second solid release this decade with The Oblierati and Radio Birdman further solidified their reputation as the godfathers of Australian punk with Zeno Beach. Yet, if you need a reminder that these releases are the exception and not the norm, go back and read the biting reviews for The Stooges 2007 release, The Weirdness. One of the most important bands in rock history released a mess of an album that was called hideous (Pitchfork), horrible (Alternative Press), and pathetic (Drowned In Sound). Now, with 2007 shaping up to be the year of Reunion Rock, with everyone from Rage Against The Machine, The Jesus and Mary Chain, and The Police to The Happy Mondays, Crowded House, and James getting the band back together, there are bound to be even more career damaging reunion releases on the horizon.

Thankfully, Dinosaur Jr’s reunion rock album, Beyond — the first new album in 10 years, and the first with the classic lineup of J Mascis, Lou Barlow, and Murph, in nearly 20 years, does nothing to diminish their reputation. If anything, this album will solidify their standing as one of the preeminent guitar rock bands of our time, and if we’re lucky, it will introduce a new generation of fans to the glory that is the J Mascis guitar solo.

Go ahead and skip over the rest of my words and listen to those mp3s, watch that video, then tell me that this isn’t the best work that Mascis has produced since 93’s Where You Been. Let yourself go, release your inner air guitar hero, then set your stereo speakers to rumble and play along with the boisterous opening chords of “Almost Ready.” Keep that air guitar handy, you’ll need it when you get to the wailing, screeching, squealing guitar jam on “Pick Me Up” and again when you get to the propulsive lead single “Been Here All The Time.” Your neighbors may not like the racket, and your parents may not want to hear these sounds coming out of the family sedan, but damn, Dinosaur, Jr have gone and made one of the finest sounding albums I’ve heard this year.

Dinosaur, Jr’s Beyond: 9 out of 10 on The Rockometer