Warning: "continue" targeting switch is equivalent to "break". Did you mean to use "continue 2"? in /nfs/c06/h01/mnt/88637/domains/blog.irockcleveland.com/html/wp-includes/pomo/plural-forms.php on line 210
 I Rock Cleveland I Rock Cleveland | "Kidstuff" by Tenderhooks 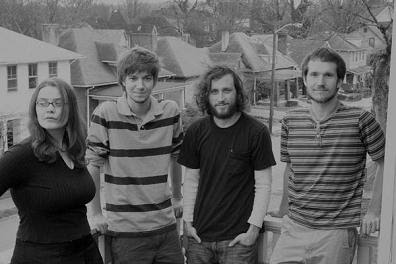 Good, ’cause today I’ve got a tune from Tenderhooks, a new band out of Knoxville, TN, that have loaded this number, “Kidstuff” with plenty of the good stuff — hooks, riffs, and melodies. And that side of shredding? Just wait for the break down at the 2 minute mark.

I could come up with plenty of bizarre band marriages to describe the sound going on here, like, I don’t know, the children of Rush and Superchunk, or the Southern Television, as one critc put it, but really, you’re better off turning up the volume and hitting play.

The debut album by Tenderhooks, Vidalia, will be out on June 26th on Rock Snob. It was produced by Don Coffey, Jr of Superdrag, a man who knows a thing or two about big riffs and killer melodies.