Warning: "continue" targeting switch is equivalent to "break". Did you mean to use "continue 2"? in /nfs/c06/h01/mnt/88637/domains/blog.irockcleveland.com/html/wp-includes/pomo/plural-forms.php on line 210
 I Rock Cleveland I Rock Cleveland | J Roddy Walston And The Business

J Roddy Walston And The Business 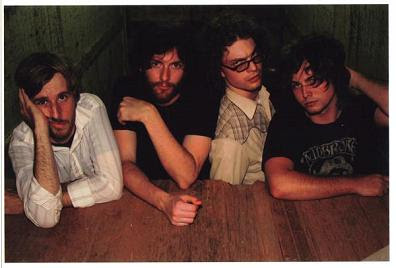 How awesome you ask? You can make some initial comparisons to other bar rock bands like The Hold Steady or Two Cow Garage, and you could put the three of them on a bill, but you better have an extra keg or five under the bar. The bar rock label works pretty good, however, once you give their debut, Hail Mega Boys, a closer listen, everything from southern rock, folk, rhythm n blues, soul, and plain old rock and roll, finds its way into the mix. That’s cool and all, but what takes them to the level of awesome, is the street-wise, working class attitude that infects each of these numbers. If it’s folk, then its tough folk. If we’re talking rhythm and soul, it’s tough rhythm and soul. And if we’re talking rock n roll, you guessed it, it’s tough.

Hail Mega Boys is out now on Southern Brethren.

J Roddy Walston and The Business