Where To Rock It 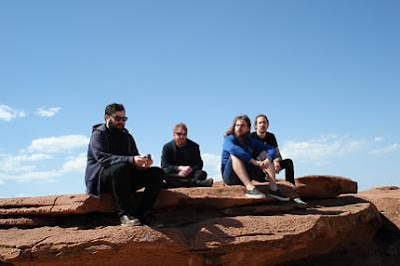 Featured Show Of The Week: Tapes n Tapes, Ladyhawk (pictured), and The Harlem Shakes Tuesday night at The Grog Shop. Ladyhawk made two trips to Cleveland last year, each time I missed their show, and each time I was reminded by my fellow rockers what a show I missed. These Vancouver rockers released one fine piece of Canadian Southern Rock last year (an album that included, my number 6 rocker of 06, “The Dugout”) and are about to release a brand new 12″ on Jagjaguwar. Highly recommended for fans of rock and/or roll.

Friday night at The Beachland Tavern, Doug Gillard (of GBV fame) and Akron’s Good Morning Valentine will be opening for Tommy Womack. You can expect Gillard to draw from his solo catalog, including his debut Salamander and his soon to be released follow up, as well as numbers from his days in Guided by Voices and Cleveland’s GEM. Goodmorning Valentine are finishing up a couple records and will have a new cd with them. I don’t have all the details, but if you show up at the show Friday night, you will be able to take some new tunes home.

Cobra Verde will be providing the entertainment Saturday night at The Beachland Ballroom’s Prom of Ages. It’s being billed as a prom nite for grown ups, and those in prom attire get in for $5. I’m pretty confident that they’ve got the right band for the job.

Sunday at The Grog Shop, Cleveland’s To Be A High Powered Executive, play the Grog Shop with Matter and Memory, and The Unsparing Sea. TBAHPE have a new disc of instrumental rock on the way. I haven’t had a chance to listen yet, but there’s a preview going on at that space, and what I’ve heard is really solid…Sunday at The Beachland Tavern, Thee More Shallows are playing with Chum and Mystery of Two. Speaking of Mystery of Two, they have more than two members and they have a new disc due out soon on Exit Stencil. A couple new tracks are available at that place for friends.

Now, let’s say you don’t take my advice on Tuesday, well you can get your dose of longhair rock at The House of Blues with The Kings of Leon.

Back in the days when MTV played music, Unsane had an unlikely hit with this video for “Scrape.” I’m thinking all the skateboard crashes helped a bit, but should you take your eyes off the wrecks, you’ll notice that heavy, fierce noise rock that these boys have been doing for years. They have a new release out on Ipecac Records, and will be at The Grog Shop on Wednesday night.