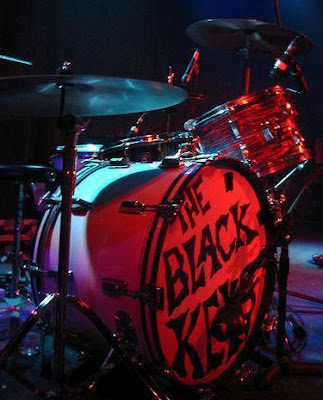 The Black Keys have just released a new four song live ep for free download on their myspace. All songs were recorded during this past fall’s US tour.

Now, myspace being myspace, my downloading experience has been less than pleasant. I’ve had to restart incomplete downloads, and the download link itself has disappeared on me (and judging by the comments section, it’s disappeared for a few other fans as well). Here’s a couple to get the collection started and if you run into problems, please send me an email and I’ll make sure you get the goods.

In other Black Keys news, the boys from beautiful Akron, Ohio, will be doing a short tour of the south and midwest around the time of Bonarroo. There’s a Cleveland date for June 25th at The Agora (Cleveland Rockers, this one will most likely sell out, so get those tix in advance). Full tour dates can be found at myspace, or if you’re getting frustrated with that space, you can always get the dates at their regular web home.