Warning: "continue" targeting switch is equivalent to "break". Did you mean to use "continue 2"? in /nfs/c06/h01/mnt/88637/domains/blog.irockcleveland.com/html/wp-includes/pomo/plural-forms.php on line 210
 I Rock Cleveland I Rock Cleveland | Patrick Sweany 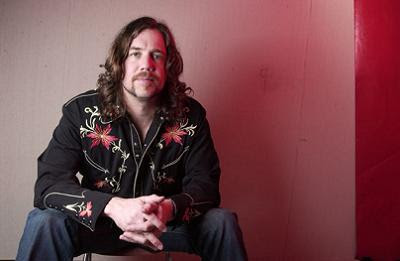 Sometimes you can judge a book by its cover, or in this case, a musician by his promo shot. For example, take a good look at Patrick Sweany. Do you think he plays NME hyped new rave? He’s probably not a know tweedler and most likely not a knuckle dragging cock rocker. What about quirky indie pop, literary pop, or some Pitchfork approved best new music? Nope. He’s an honest, hard workin’, roots rockin’ blues man from the rust belt.

For his latest cd, Every Hour Is A Dollar Gone, Sweany had the help of one of the area’s pre-eminent blues musician’s, The Black Keys’ Dan Auerbach, who co-produced and engineered the recordings. It goes without saying, that it’s got that same vintage rock and roll sound that’s found on many of The Black Keys’ records. “From Orange To Pink” is a rambling boogie, with the feel of dirty fingernails scraping the strings, while “Mom and Dad” has a carefree rag-time feel tailor made for hand-clapping and toe-tapping.

If you dig what you’ve heard so far, there’s two more tracks to preview at Patrick Sweany’s home on the internet. His forthcoming disc, Every Hour Is A Dollar Gone will be out on June 12th. He’ll be playing the next two Mondays at the Lime Spider in Akron, and his Cleveland release party will be at The Beachland Tavern on June 16th.