"The Underdog" by Spoon 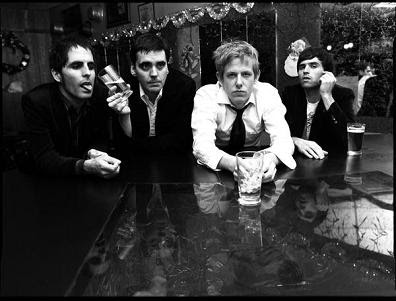 Few bands in modern music exude cool like Spoon. In fact, it’s scientifically proven that the mere act of listening to Spoon can increase your cool by 60 to 70 percent. To illustrate my point, I’m going to do a simple test with the Cool-O-Meter. It works like the Rockometer, but instead of measuring levels of rock, it measures levels of cool. On the low end of the Cool-O-Meter is president George W. Bush, the modern day antithesis of cool. On the high end, at 10 out of 10 on the Cool-O-Meter, is world renowned athlete and status symbol David Beckham. Right now, I’m taking my reading before listening to “The Underdog” to get my base cool level and I register a not so cool 4 out of 10 on The Cool-O-Meter. That’s roughly the level of Mario Lopez, the actor who played AC Slater on Saved by The Bell, before his appearance on Dancing With The Stars. It’s now three minutes and forty-two seconds since my first reading. I’ve just finished listening to “The Underdog” and I’m taking a second reading, and as expected my cool has just increased to 6 1/2 out of 10. Amazing. I’ve gone from the status of a forgotten teen idol, up to the level of hip CNN anchor Anderson Cooper and I owe it all to Spoon.