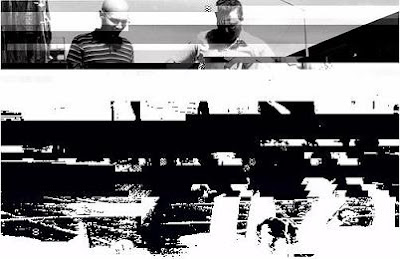 Here’s a thought to ponder. Did the word angular stop being used to describe post-punk guitars because it became cliche, or was it because no one played angular guitars any more? Yeah, I know, angular is the least descriptive words available in the rock and roll lexicon, but humor me here, and think about it. When was the last time you came across a band that did justice to the legacy of Jawbox or Fugazi. I’ll offer one up. Division of Planes. They’ve got everything a jaded fan of nineties post-punk could ever want — the (ick) angular rhythms, delicate interplay between the rock trinity of guitar, bass, and drums, and solid melodies hiding behind the spit, swagger, and sweat.

Division of Planes will be at Now That’s Class this Friday with The Vapids, Hollywood Blondes and The Chrome Kickers.