"My Life’s Alright Without You" by No Age 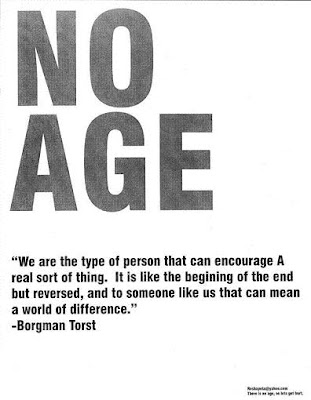 No Age is quite possibly the first band I’ve reviewed whose press materials cited both The Ramones and My Bloody Valentine. At first, this may seem like the classic case of two great tastes that don’t taste great together, like Stroh’s and Count Chocula. I love Stroh’s and I love Count Chocula, but I will never (again) eat Count Chocula with Stroh’s instead of milk.

The opening half of “My Life’s Alright Without You” is filled with static and ambient noise. The first time I listened to it, I was convinced that I left some band’s myspace page open in the background and I was hearing two songs at once. I was satisfied that everything was in order, but after the song shifted abruptly to classic fuzz punk, the noise oozed through the ragged guitar chords. I had to check a second time that my newest friend on myspace wasn’t trying to bogart the sound card. It wasn’t until I closed Firefox and listened to “My Life’s Alright Without You” a second time that I knew that this was all No Age, in all their Ramones and My Bloody Valentine, rag-tag, damaged glory, and it was magnificent.

MP3:No Age – My Life’s Alright Without You

Weirdo Rippers by No Age is quickly becoming one of my most anticipated releases of the year. All those times I lamented there’s no more rock in indie rock, this is exactly the type of band I was waiting for. Seriously, where were these guys when I was spending my hard earned cash-money on the Arcade Fire.

Weirdo Rippers will be out June 11th in the UK/Europe, and August 28th here in the states. August 28th can’t get here soon enough.