Four For The Rockometer: Queens of The Stone Age, Tenderhooks, Blues Control, and Lightning Dust

Please welcome the Rockometer back to I Rock Cleveland. It’s been a while since I’ve laid down some record reviews. Contrary to popular belief, I don’t run a cable from an output jack into a Rockometer and magically receive entertaining and insightful reviews. I wish it was that easy. Unfortunately, there’s actual writing involved, and in the past month these reviews have fallen prey to fatigue, writer’s block, and Two Cow Garage bogarting the stereo. 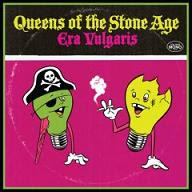 During the past decade guitarist Josh Homme and Queens of The Stone Age, have perfected the art of laying down a massive riff and rocking the sh*t out of it. It’s a formula that worked so well on rock radio hits like “No One Knows” and “Go With The Flow” from 02’s Songs For The Deaf, and “Little Sister” from 05’s Lullabies To Paralyze. Yet, on Era Vulgaris, there’s a concentrated effort on the part of Homme and his bandmates to distance themselves from the beefed up, blues rock monsters of their back catalog.

There’s a great responsibility that comes with being one of modern rock’s leading riff masters. The fans expect, or even demand, that every album be filled with thick, luscious cuts of guitar. Jack White learned this lesson the hard way when he traded guitar acrobatics for marimba madness on Get Behind Me Satan. While it was a viable attempt to extend the sound of his band, the results were met with a collective shrug from the rockers. On Era Vulgaris, Josh Homme, encounters a similar problem. He’s still more than capable of making the rock gods weep with the way he wields his six string, but those guitar hero moments are tempered by the occasional misstep into abstract rhythms. Some numbers, like “Turnin’ On The Screw” and “I’m Designer” use severed, and twisted bits of a riff, and work quite well. Similarly, the industrial strength lead single, “Sick, Sick, Sick” with its pummeling, pulsating slaughterhouse sound is more than enough to satiate your rock fix. Others, like “Battery Acid” struggle to find their footing. Surprisingly, “Make It Wit Chu,” the most straight forward number, is not a riff attack, but sexy slab of Rolling Stones soul. To Homme’s credit, even those moments that don’t exactly click are inventive enough to remain interesting.

Era Vulgaris by Queens of The Stone Age is an 7 out of 10 on The Rockometer. 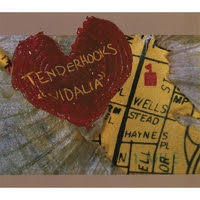 Vidalia, the full length debut by Knoxville, Tennessee’s Tenderhooks, is proof that the words Southern and rock don’t have to be closely followed by “Freebird,” long hair, and Busch Beer. Aided by the production of Don Coffey, Jr, a man who certainly knows a thing or two about a good melody from his time behind the kit with Superdrag, they employ blistering guitars, the reverb heavy style of My Morning Jacket, and an effortless delivery to craft an album that pops swiftly from the speakers. Aside from the geographical connection, I’m not sure the term Southern Rock even applies. They’re more of a rock band that lives in the south, than a Southern Rock band. Sure, there’s the underpinnings of some twang in the rhythms, and the occasional occasional whiskey fueled guitar duel, but lead singer Jake Winstrom’s falsetto bears little resemblance to the worn, rugged voices often associated with the genre, and when the occasional jam does come around, it’s like a shredding exclamation point, rather than a self-indulgent, five minute wank. Southern semantics aside, it really is all about the tunes and Vidalia has no shortage of top jams. They’re numbered one through ten, starting with the pure power pop satisfaction of “Kidsuff” and the romping, stomping “Mouthful of Rain” straight through to wistful sounds of the muted closer, “Unscared.”

Vidalia by Tenderhooks rates 7 1/2 out of 10 on The Rockometer. 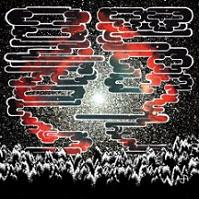 I first experience with Blues Control’s self titled disc didn’t end so well. I cued it up around bed time and tried to go about my business of nodding off gently into the dark night, but Blues Control wouldn’t let me. They had other, more sinister plans, like scaring the living bejesus out of me. It started out innocently enough. After hearing “Boiled Peanuts,” I remember thinking to myself, “Hmm…I rather dig the way Blues Control play this variety of dub influenced instrumental psychedelics,” or something like that, but not quite as eloquent. Then I got to the middle third of the disc and what I heard coming out of the stereo was pure evil — blood dripping down the bedroom walls, brown acid on top of brown acid, scratching the skin off my arms to get rid of those snakes in my veins evil. The evil four started with the ominous excursion, “Migration,” and it was followed by, “Double Chin,” a song with one sinister sounding riff twisting for a minute and a half. The ironically titled, “Blue Sheep,” didn’t ease me off to sleep, but instead, made me panic that goats were being sacrificed in my backyard. I never made it to the end of “Frankie’s Problems.” Nightmares were a given at this moment and I didn’t want to make it worse. I needed something pleasant, like sunshine and lollipops.

In all likelihhod, this album is brilliant, but it scares the living sh*t out of me. Blues Control’s self titled debut is a 5 1/2 out of 10 on The Rockometer. 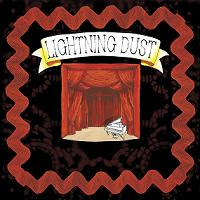 Lightning Dust’s self titled album is a classic case of great album, wrong place, and wrong time. The cold, desolate compositions of Amber Webber and Joshua Wells (both of Black Mountain) are made for a winter cabin, a fire place, and low candle light, and as I’m typing this review, we’re a few days away from summer in the city. Sparse arrangements of organ, piano, and drums, coupled with the lonely, distant vocals of Webber convey a vast wilderness of isolation and despair at a time of year when sunlight keeps depression at bay. I can appreciate this disc, I want to love this disc, but it’s difficult to really get into it at this time of year. I’ve made a mental note to myself to revisit this disc six months from now.