"Give Thanks and Praises" by Bad Brains 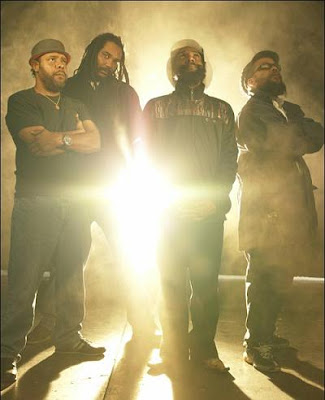 Isn’t it great when a band you listened to years ago, releases their reunion album and it doesn’t suck? Even better, what if that comeback album reminds you why that band was so important in the first place? Now, considering the volatile history of Bad Brains vocalist, HR, a Bad Brains album in 2007 that expands their legacy, rather than tarnishing it, was far from a given. Up until the time Build a Nation made it into my soundsystem I was prepared for the worst. I would have been disappointed if Build a Nation was a trainwreck, but not necessarily surprised. Well, now that I’ve had the chance to spend some time with this one, I can honestly say, that these DC punk/hardcore legends are back and back in top form. They can still rip, shred, slash, and thrash with the best of them. And when they’re not ripping, they can lay down some smooth ragga grooves. Give thanks and praises indeed.

MP3:Bad Brains – Give Thanks and Praises