Warning: "continue" targeting switch is equivalent to "break". Did you mean to use "continue 2"? in /nfs/c06/h01/mnt/88637/domains/blog.irockcleveland.com/html/wp-includes/pomo/plural-forms.php on line 210
 I Rock Cleveland I Rock Cleveland | "July 4, 2004" by Jason Anderson 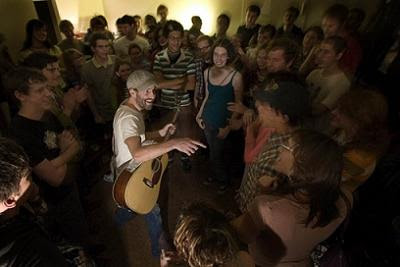 There’s a certain joy and reverie that Jason Anderson brings to his music that makes Springsteen comparisons and classic rock allusions seem rather trite. He’s not looking for glory, nor is he out to make a majestic master piece. He’s a song-writer, a story-teller, and a performer who gives all he can to his craft. “July 4th, 2004” overflows with Anderson’s exuberance. You can hear it in the hand-claps that introduce this number, and you can hear it in the big uplifting chorus written to reverberate in a grand sing along.

Jason Anderson’s latest album, Tonight, will be out August 21st on ECA Records.