Warning: "continue" targeting switch is equivalent to "break". Did you mean to use "continue 2"? in /nfs/c06/h01/mnt/88637/domains/blog.irockcleveland.com/html/wp-includes/pomo/plural-forms.php on line 210
 I Rock Cleveland I Rock Cleveland | "Justine" by 120 Days 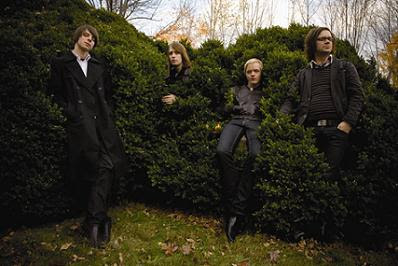 120 Days were one of the biggest rock revelations of 2006. Whoever thought that an epic, spacey kraut-rock band from Norway could, um, rock? I certainly didn’t, but it sure was a blast being proven wrong. Well, 120 Days are back with a new EP, Sedated Times, and they rock now more than ever. “Justine” is no nine minute drone work-out, rather it packs all its punches in a neat and tidy two-and-a-half minutes. There are still hints of kraut-rock and space-rock, in this punk rave-up, but they’re accessories to the sound, and not the focal point.

The Sedated Times ep by 120 Days is out this Tuesday on Vice.