The Self Righteous Brothers 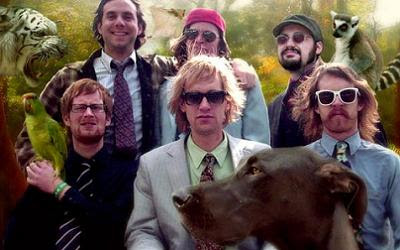 They just don’t make band names like The Self Righteous Brothers any more. There was a time when clever, punny band names were all the rage. Who could forget such memorable monikers like The Mr T Experience, The Brian Jonestown Massacre, Jehovah’s Waitresses, The Gaza Strippers, or Vas Deferens and The White Heat Explosion? Ok, I made the last one up, but I think you get my point. The playful names of the past, gave way to the “The” bands like The Vines, The Hives, and The White Stripes. Now, the latest trend seems to be this game where you name your band in such a way that you would think there should be a “The,” but leave the “The” part out all together. I’m looking at you (the) Editors and (the) 1990s. It makes me want to write “The Editors” over and over again and see how many nasty all caps comments I can get in a day for adding a “The” to a band name that doesn’t have one.

As you could probably infer by their name, The Self Righteous Brothers aren’t ones to take themselves too serious. Their music is a sloppy, poppy amalgamation of the soaring choruses of power pop, and the indifferent arrangements of Nineties indie rock. For someone, like me, whose cd rack is littered with slackers and guitar heroes, this is a match made in indie heaven (or Chapel Hill, Athens, or Massachusettes, as the case may be).

In Loving Memory Of… by the Self Righteous Brothers is out now on Black and Greene.