Warning: "continue" targeting switch is equivalent to "break". Did you mean to use "continue 2"? in /nfs/c06/h01/mnt/88637/domains/blog.irockcleveland.com/html/wp-includes/pomo/plural-forms.php on line 210
 I Rock Cleveland I Rock Cleveland | Three For The Rockometer: Spoon, Art Brut, and Gowns

Three For The Rockometer: Spoon, Art Brut, and Gowns 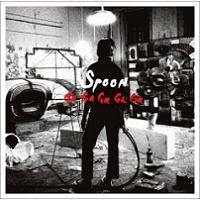 In stark contrast to the more is more aesthetic, and compressed production techniques permeating popular music these days, Spoon’s compositions have often been categorized as minimalist, relying on Britt Daniel’s cool croon, sparse touches of guitar and piano, and a funky bounce from the rhythm section create a warm, spacious sounds. You’ll rarely, if ever, hear words like anthemic, pretentious, epic, over produced or Springsteen associated with their music. During their long career, Daniel and co. have perfected the fine art of playing the right amount of notes. That last statement may sound funny, but trust me, if you’ve heard some of those notoriously bloated albums of 07, then you know exactly what I’m talking about.

Album opener, “Don’t Make Me a Target” may have a familiar feel to it, echoing the glam rock strut of “The Beast and the Dragon Adored,” the lead cut from 2005’s Gimme Fiction, yet, when it’s followed by the stark, atmospheric piano ballad, “The Ghost of You Lingers,” a sense of adventure is introduced to Spoon’s signature sound establishing a duality of traditional versus atypical. While “Got Yr Cherry Bomb” and “Rhthm and Soul” wouldn’t sound out of place on some of their earlier releases, the detached reverb of “Eddie’s Ragga” introduces a Sandinista-like dub element into their music. Strangely, “The Underdog,” even with its Spanish style guitars and flourishing trumpets, wouldn’t sound out of place on an early Billy Joel album. Don’t let that last sentence, and Chuck Klosterman’s fanatic defense of Billy Joel scare you, as I’m talking about the “It’s Still Rock ‘N’ Roll to Me” Joel and not “We Didn’t Start the Fire” or “River of Dreams” Joel. Later, the traditional Spoon sound and its atypical counterpart collide on one of Ga Ga Ga Ga Ga’s strongest numbers, “Finer Feelings.” You hear it all on this one: minimalist funk with embellishments from the worlds of dub and hip hop, in a spacious arrangement held together by Daniel’s vocal delivery, oozing his trademark cool. What Spoon have accomplished on Ga Ga Ga Ga Ga, is no small feat: they introduced new elements into their existing sound without losing the original appeal of their sleek, slimmed down approach to Rock ‘N’ Roll. 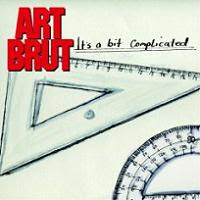 It shouldn’t be this complicated. Art Brut had a winning formula on their debut, Bang Bang Rock ‘N’ Roll: lead singer Eddie Argos spun entertaining and self deprecating tales, while his bandmates backed him with basic punk accompaniments. Art Brut made you laugh. Art Brut made you cry. And most importantly, as a charming group of supposed amateurs who seemed to stumble upon success, Art Brut demystified the rock star by imploring all of us to go out and form a band. It was that simple.

Unfortunately, Art Brut’s It’s a Bit Complicated, fails to live up to its irresistible predecessor and is doomed to mediocrity by two factors: Argos’ lack of zingers and the band’s cluttered arrangements. There are no great one-liners like “Modern art makes me want to rock out” from “Modern Art,” or “I’ve seen her naked twice!” from “Good Weekend.” Additionally, while much has been made of the fact that Art Brut have become better musicians since their debut, what hasn’t been mentioned is that all too often, this better musicianship clutters and covers the songs in unnecessary noise. Now, let’s say that there were some good lines on It’s a Bit Complicated, well, those endlessly engaged dueling guitars would do their best to cloak them in extraneous notes. It’s a sad truth, but when Argos’ wit is merely amusing, and not razor sharp, Art Brut are just another guitar band from Britain. Furthermore, when It’s a Bit Complicated is compared to forthcoming releases by some of their peers, it’s downright disappointing. 1990s outwit Art Brut on Cookies. The Cribs out rock Art Brut on Men’s Needs, Women’s Needs, Whatever. It shouldn’t be this complicated. 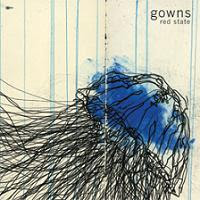 Any discussion of Red State has to start with its centerpiece, the sprawling, eight minute epic “White Like Heaven.” It’s not quite freak. Nor is it ambient, noise, or drone. Imprecise tags like “art rock” or “experimental” are an injustice. It’s hard to state where “White Like Heaven” comes from, and it is precisely that inability to peg it down, that makes it so compelling. Static bubbles percolate just below the surface, easing the song along on a steady pace as vocalist Erika Anderson is engulfed in a twisted, uncontrollable view of the future. Whenever she punctuates a line like “I saw the world break open” or “I saw thirty seconds turn into 10,000 years” that steady flow of static rises to a crescendo of crashing organs and imprecise rumbles of drums, perfectly capturing the awe, wonder, and fear of the songs reoccurring theme, “Is it white like heaven or dark like space/Is it bright like god or ace black spades.” The powerlessness of the narrator (“And I know I couldn’t stop it even if I tried to/And I really wanted to/I really, really wanted to”) is matched by the unpredictability of the song itself. You don’t know when the next rumbling will come. You don’t know if it will all come rushing down in one cataclysmic explosion, or if these distressing visions will dissipate as quickly as they appeared.

As glorious as “White Like Heaven” is, it would be easy to view the remainder of Red State as nothing more than a frame to their first masterpiece. During the first few times listening to Red State, I did exactly that — wrought with anticipation through the first third of the disc, once “White Like Heaven” passed, I was blissed into oblivion while the rest played out. Yet, I never stopped playing Red State one through ten, and I would eventually finding compelling moments in its more subtle arrangements: eerie touches of strings seeping through the ominous “Fake July,” muted organic elements coexisting with the robotic beats on “Subside,” and the haunting creaks and squelches that transform album closer “Cherylee” into a passioned and tortured plea to the past. Slowly, I came to the realization, not only was “White Like Heaven” an elusive work of genius, so was the entirety of Red State.

Red State by Gowns is a masterful 9 out of 10 on The Rockometer.