Warning: "continue" targeting switch is equivalent to "break". Did you mean to use "continue 2"? in /nfs/c06/h01/mnt/88637/domains/blog.irockcleveland.com/html/wp-includes/pomo/plural-forms.php on line 210
 I Rock Cleveland I Rock Cleveland | "Don’t Know What I’ve Been On" by The Dreadful Yawns 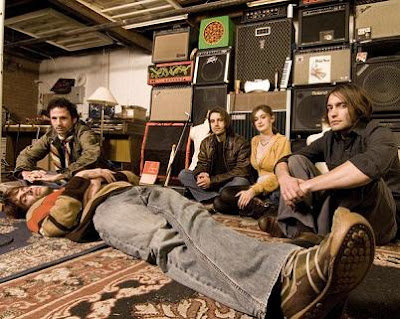 The Dreadful Yawns would like you to know that they are living twang free these days. On a recent blog post, guitarist Eric Schulte revealed that the band will soon start recording their next album for Exit Stencil and it will not include musical references to any of the following: country, alt-country, Wilco, or the Byrds. Instead, they’ve been moving toward a heavier, psychedelic rock sound, making it perfectly fine to name drop acts like Television or the Velvets.

If you haven’t seen the band perform lately, then “Don’t Know What I’ve Been On” can provide some insight into their new direction. It’s one of the first recordings with the current lineup and comes much closer to their live sound that any of their other recordings. There are still remnants of their former selves, but the guitars have taken a more prominent spot in the mix and Elizabeth Kelly’s harmonies have been added to Ben Gmetro’s lead, lending a serious shot of energy to a band better know for its easy rockin’ ways.

MP3:The Dreadful Yawns – Don’t Know What I’ve Been On

The Dreadful Yawns latest release, Rest, has just been issued on vinyl in the UK on Copper Tree Records. It includes two bonus cuts that weren’t on the domestic release.