Warning: "continue" targeting switch is equivalent to "break". Did you mean to use "continue 2"? in /nfs/c06/h01/mnt/88637/domains/blog.irockcleveland.com/html/wp-includes/pomo/plural-forms.php on line 210
 I Rock Cleveland I Rock Cleveland | Men’s Needs, Women’s Needs, Whatever by The Cribs 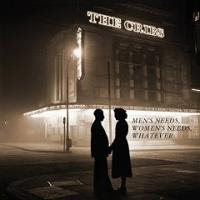 I’m putting myself at risk of sounding like a stodgy, old record exec, but what does a band have to do to get a hit these days? “Men’s Needs” is one fine piece of guitar pop. You can dance to it, shout to it, or rock with it. It’s about boys and girls and how boys and girls don’t understand each other. In other words, it’s timeless. They’ve already released three versions of the video and recruited one of the trendiest remix artists around, CSS, to make it murder on the dancefloor. I’m not sure there’s much else you can do outside of greasing the palms of the self described queen of all media, Perez Hilton, to use his “influence.” That, or maybe taking a trip in the wayback machine when little known rock bands out of Britain had a fighting chance of breaking through.

Hit, or no hit, there’s no shortage of top rockin’ tunes on Men’s Needs, Women’s Needs Whatever. The first third of the album is especially strong as the skittish rave up, “Our Bovine Public” is followed in quick succession by the Weezer meets post-Libertines jangle of “Girl’s Like Mystery,” the should be hit single “Men’s Needs,” and the Pavement meets post-Libertines jangle of “Moving Pictures.”

I hate belaboring the assertion that The Cribs should have a breakthrough album on their hands, but this convergence of UK and classic American indie styles should be a sound that resonates well with the American listening public. Not only do they hit on Weezer and Pavement for inspiration, but they also draw upon Sonic Youth: the companion piece to Men’s Needs, “Women’s Needs,” is punctuated by some sweet Sonic Youth style shredding, and Sonic Youth guitarist, Lee Ranaldo, makes a cameo on the spoken word track, “Be Safe.”