“Broke” by Johnny Nobody 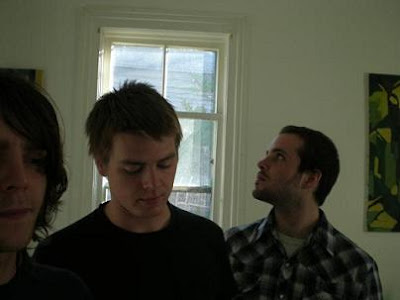 A good power pop song doesn’t need to be talked about. It needs to be rocked. As much as I love power pop as a genre, I often find it difficult to write about. It isn’t something that really needs explanation. There will be guitars, and drums, and maybe a solo or two. It will be about girls, or rock and roll, or girls and rock and roll. I’m not even sure I could tell you what makes one power pop song better than the next, except that I know it when I hear it. All this brings me to this fantastic piece of power pop: “Broke” by the Buffalo band Johnny Nobody. Don’t think about it. Rock it.

The latest from Johnny Nobody, What It Feel Like Broke, is due out August 14th on Harvest Sum, where it is currently streaming in its entirety.

Johnny Nobody will be hitting the East Coast, Midwest and West Coast during the next couple months on tour, including August 3rd at The Symposium in Lakewood with The Dead Letter Room and September 1st at Duck Island with The Very Knees.