Warning: "continue" targeting switch is equivalent to "break". Did you mean to use "continue 2"? in /nfs/c06/h01/mnt/88637/domains/blog.irockcleveland.com/html/wp-includes/pomo/plural-forms.php on line 210
 I Rock Cleveland I Rock Cleveland | "Up on your Leopard, Upon the End of your Feral Days" by Sunset Rubdown

"Up on your Leopard, Upon the End of your Feral Days" by Sunset Rubdown 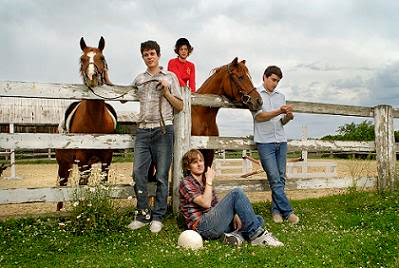 Admittedly, I’d rather be previewing a new disc by Wolf Parade than another Wolf Parade side project. Nothing against Dan Boeckner’s Handsome Furs, or Spencer Krug’s Sunset Rubdown, but I’ve yet to hear anything from their other bands that can match the wonderfully chaotic (yet surprisingly melodic) Wolf Parade. Sunset Rubdown’s previous release, Shut Up I Am Dreaming, is lurking somewhere in my music library, still waiting for some attention. It never really caught on with me. With “Up On Your Leopard, Upon the End of Your Feral Days” I may have to re-evaluate my previous stance on Wolf Parade’s wolf brothers. This one manages to capture that reckless spirit so prevalent in Wolf Parade’s music, that was lacking in previous recordings by Sunset Rubdown. It starts with the sonic swirls of a madman’s carnival. Being one who isn’t very fond of clowns, it’s all a bit unsettling. Eventually, the chaos is reigned in revealing something a little less frantic, a little less manic, yet no less dynamic.

MP3:Sunset Rubdown – Up on Your Leopard, Upon the End of Your Feral Days

Random Spirit Lover is due out October 9th on Jagjaguwar.