Warning: "continue" targeting switch is equivalent to "break". Did you mean to use "continue 2"? in /nfs/c06/h01/mnt/88637/domains/blog.irockcleveland.com/html/wp-includes/pomo/plural-forms.php on line 210
 I Rock Cleveland I Rock Cleveland | Wussy Live on WOXY 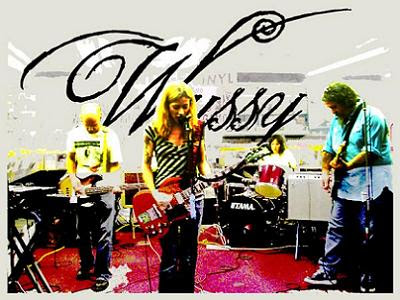 Cincinnati’s Wussy played a live set on WOXY today that featured three songs from Left For Dead, the follow up to the critically (and personally) adored, Funeral Dress. Two of the new tunes, “Jonah” and “Mayflies” first appeared on Junk Train, a solo album Lisa Walker released under the name The Magic Words, last year. “Jonah,” in particular sounds fantastic. Although, I’m used to the lo-fi version on Junk Train, I could really learn to love this version with the full band. It’s noticeably louder, yet still very personal and poignant.

Left for Dead is due out August 28th on Shake It Records. Studio versions of “Jonah,” “Sun Giant Says Hey,” and “Rigor Mortis” are also streaming at myspace.