Warning: "continue" targeting switch is equivalent to "break". Did you mean to use "continue 2"? in /nfs/c06/h01/mnt/88637/domains/blog.irockcleveland.com/html/wp-includes/pomo/plural-forms.php on line 210
 I Rock Cleveland I Rock Cleveland | Scuzztastic Rock ‘N’ Roll From Clockcleaner 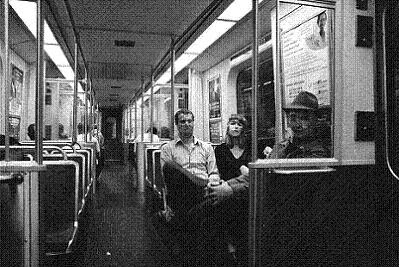 There’s a lot of stories out there about Clockcleaner. A certain pissing incident and a more recent dissing incident (both detailed in this excellent feature from the Philadelphia Weekly) have made them persona non grata in many parts of the Philly music scene. Clubs won’t book ’em, bands are afraid to share a bill with ’em, and that seems to fit Clockcleaner just fine. They’d rather make noise than make friends. And what fine noise they make. “Vomiting Mirrors” from Clockcleaner’s forthcoming second release, Babylon Rules, is a thick slab of sludgy and scuzzy Rock ‘N’ Roll. It’s the type of song that makes rock music sound dangerous, by a band threatening to break out of the underground. The monotonous keys may recall VU’s “Waiting for the Man,” but this isn’t a song about waiting for the dope man, rather, it’s the sound of some really, shady dude with drugs in his pocket knowing full well that he’s going to f*ck you over.

Clockcleaner’s latest, Babylon Rules, will be out October 2nd on Load Records.