Warning: "continue" targeting switch is equivalent to "break". Did you mean to use "continue 2"? in /nfs/c06/h01/mnt/88637/domains/blog.irockcleveland.com/html/wp-includes/pomo/plural-forms.php on line 210
 I Rock Cleveland I Rock Cleveland | El Ten Eleven 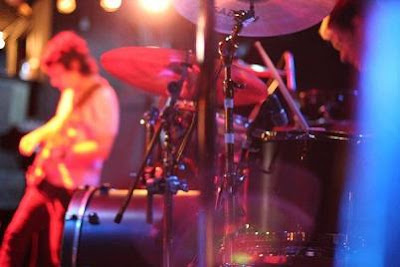 If there’s any sort of positive that can be found from spending my morning traffic jamming on 480 F*ckin East, it’s that I had plenty of time to get myself acquainted with Every Direction Is North, the new disc from LA’s El Ten Eleven. In between coffee and cigarettes and moving a few feet a minute, I took out the ole Moleskine and wrote down some notes:

F*ck this job that got me in this f*ckin traffic jam on f*ckin 480 East.

Why’s that f*ckin semi creeping on my f*ckin rear. No one’s going anywhere.

I think you see where I’m going with this. It’s probably best that I don’t include the rest of my F Bomb bountiful notes.

In the end I think I made it through the disc two times and my top jam, “Living on Credit Blues” at least five or six times. Spin came up with the clever moniker, “The Sigur Ros of Silver Lake” which sounds pretty cool, but I’m not sure it’s the most accurate description. They play instrumental rock that isn’t quite as transcendent as Sigur Ros, and they don’t speak in a made up Elfin language. I’d be more apt to call them The Ratatat of Silver Lake, if Ratatat of Silver Lake, sounded cool, but it doesn’t. Let’s just call them El Ten Eleven, wielders of the wicked dual guitar bass, and purveyors of prime instrumental jams.